When it comes to streaming games, there is a huge market. Twitch is probably the first company that successfully capitalized on this opportunity, only to be soon followed by Google’s YouTube Gaming. Today Microsoft is putting its sep into this.

Beam (beam.pro) Microsoft’s Live Streaming Platform has got a massive update, including native integration with Windows 10, improved latency, and live communication. All this is just like Twitch, except that Microsoft has the advantage of delivering a native experience.

Here is a list of new features coming to Beam 2.0, which took 4 months to build from the ground up.

One of the much-needed improvements, especially when it came to web performance, the UI looks much smoother, new animations for transitions and interactions, and has consistent styling across the site. There is a new Logo, as well.

Microsoft claims that Beam now has insane performance, not only because the design helped, but Beam can now deliver 60 FPS render performance sitewide, along with improved mobile web support.

If you broadcast your videos on to Beam, you will be delighted to know that beam has some new features you will love. Apart from the new home page design, broadcasters now can 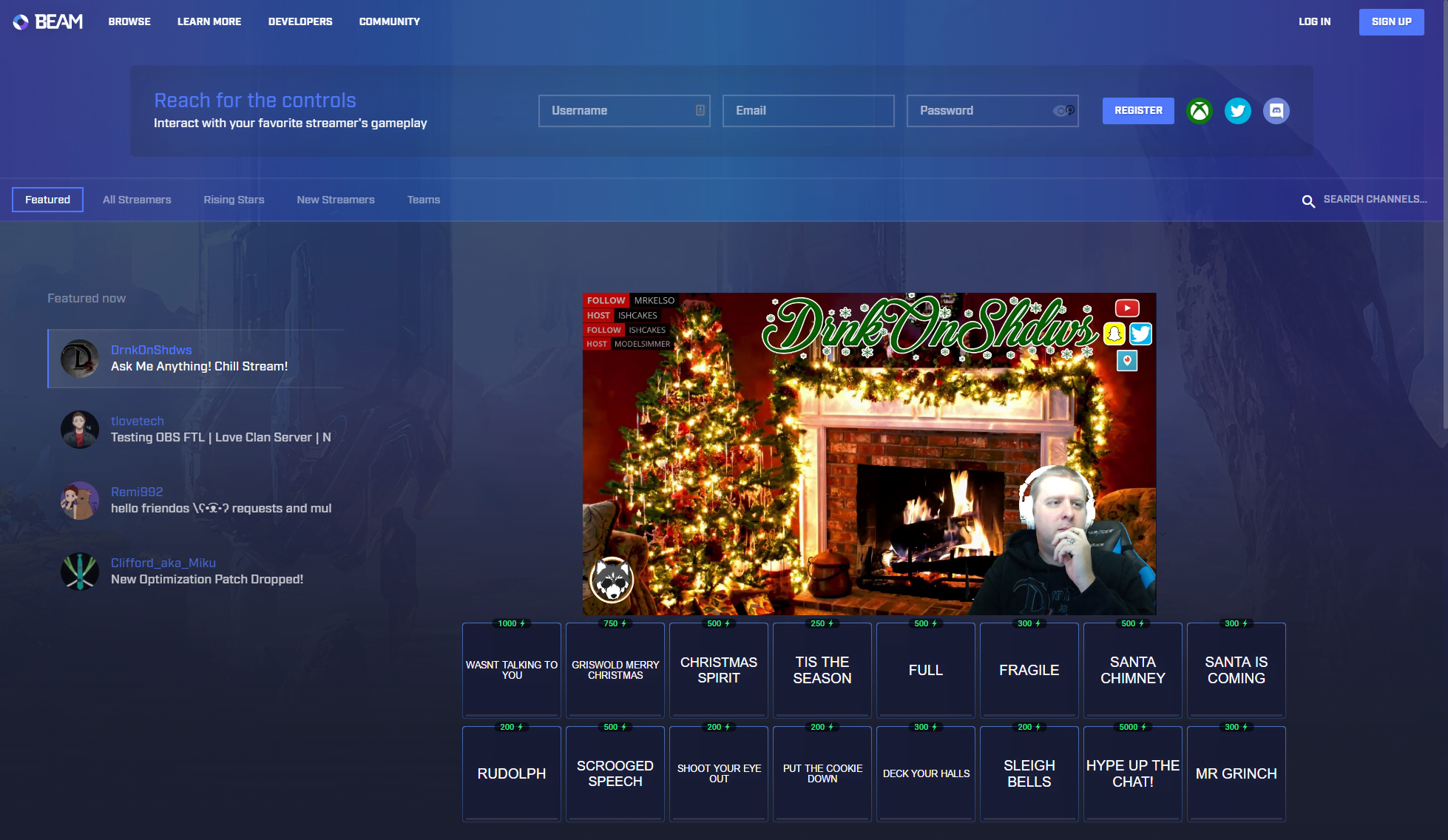 Overall chat performance has improved as Beam now deals with network hiccups much better. You can now experience the new and improved polling UI, with the option to see what your friends voted on. If you love emoticons, there is an inline auto-completion with a new fancy mod gizmo.

The player is the core of any streaming service, and Beam’s player has completely ditched HTML5. Flash is gone for good, and it’s never coming back.  The player performs better when you use scrubbing, chat repost, and a direct link to any particle time of the video you want to share.

This is brand new, and this only means one thing–Gaming is going to get better. It is available as an option now, but it will soon become the default to sign in into Beam, and it only makes sense for Xbox and PC gaming where everything is hooked to Xbox Live. Here is the list of benefits you get:

The Beam is also going to bring in a Twitter-like username style, which will help tag or even communicate with friends much easier. With this, you would get an option where the username and channel name can be different. This is super cool.

Microsoft is pushing big on Bots, and Beam has SDK or developers code to develop bots for their games, even add Beam integration to games, and so on. This is a kind of unexplored section which we will see in the form of features soon.

Beam has an app for iOS, Android, but not Windows 10 Mobile. Yeah, you read it right. As of now, if you have Windows 10 Mobile, using Edge is the only option. When it comes to Xbox One, the streaming option is coming next year, with deeper integration into Windows 10 to follow soon. If you are an insider on Xbox One, you can give Beam App for Xbox One a try soon.