Over the last couple of weeks, quite a few Windows Phone handsets received the Tango update. This includes the Samsung Omnia 7, HTC 7 Pro on US Cellular, and finally and shockingly, the Dell Venue Pro. It is clearly shocking that Dell has rolled out the Tango update for now discontinued and obsolete Venue Pro. This move should come as a surprise for Venue owners out there if any. Omnia W owners in India, known as the Focus Flash in the United States, are also reporting that they have got the Tango update for their phone.

Update 1: If you haven’t got the update, you can manually force updating using this tutorial.

Update: It seems Nokia Lumia 800 is also getting the 8773 or the tango update, as spotted by @igrace. Hopefully, Lumia 710 and 900 should follow this update.

As mentioned in this update, the Lumia 800 is getting : 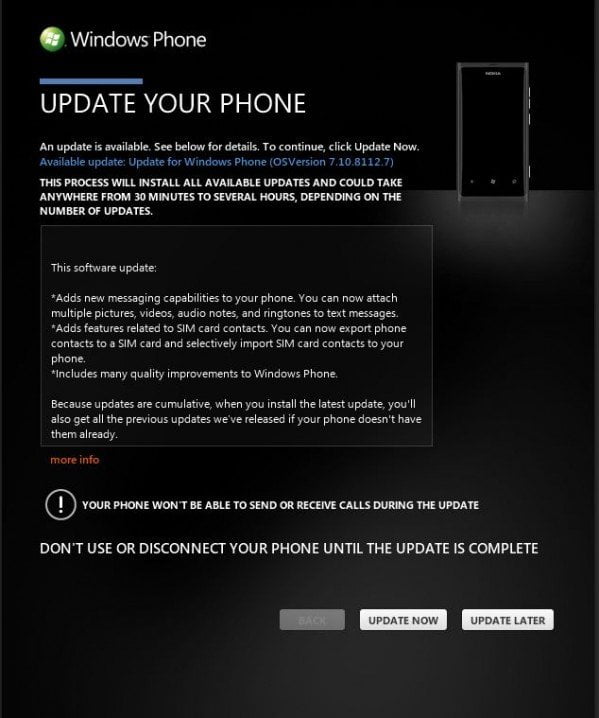 Update 2: It looks like Lumia 710 was updated long back. One of our friends has an update on the 28th. Thanks @Adithya_NM 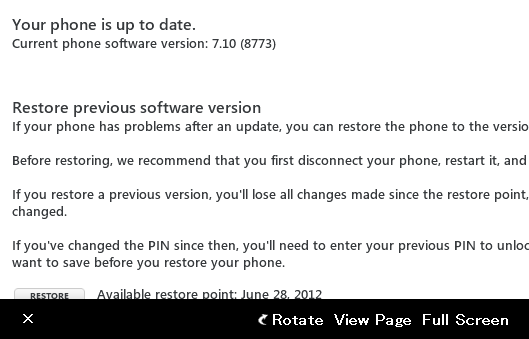 The Tango update brings the latest Windows Phone version (8773) to these handsets, which includes some bug-fixes and minor changes. For starters, Windows Phone Tango includes many new “nature” inspired wallpapers, along with the ability to send a ringtone via MMS. Other changes include reliable notifications and some bug fixes related to PIN entry and letter indexing.

Nokia has also started rolling out the Tango update for its Lumia handsets in quite a few regions globally, including India.