Just if you haven’t heard of it already and can’t believe your eyes, it’s true. Microsoft has finally answered our prayers. Windows Phone and Windows 8 now have their very own exclusive Halo game: Halo: Spartan Assault. Since it features synchronization of your game progress between Windows Phone and Windows 8 and has still a couple of little differences, I’ve taken both versions for a spin and provided screenshots from the Windows Phone version as well as from the Windows 8 version of the same level, so you can easily compare.

The game takes place in the time between Halo 3 and Halo 4, meaning that you won’t get to play the Masterchief. Halo: Spartan Asssault’s protagonists are Commander Sarah Palmer and Spartan Davis. For those of you who were expecting a fully fledged First Person Shooter, you may be a little disappointed when you get to hear that Halo: Spartan Assault is an isometric twin stick shooter, very much like Z0MB1ES (on the ph0ne), the different perspective aside. With Halo Wars being a Real Time Strategy game for Xbox 360, Halo: Spartan Assault makes the series debut in a third genre now. And it does it very well. 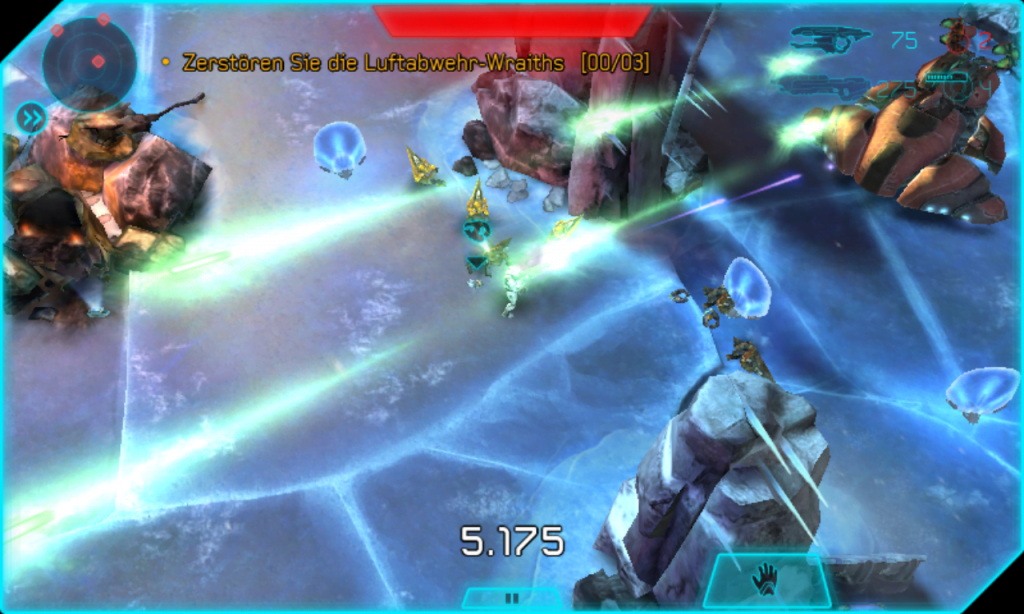 The story is driven by high quality, fully voiced videos and through text only briefings before each mission. As you would expect from a Halo game, the story is pretty ambitious and not as flimsy as in many other science fiction shooters. What really should be pointed out is the fact that Halo: Spartan Assault’s developer studio 343 industries managed to deliver everything you would expect from a game settled in the Halo universe: different vehicles, gun turrets, all kinds of weapons and last but not the least: the Convenant! Before you ask: yes, players can make use of the vehicles and turrets and can pick up weapons that have been dropped by enemy units. 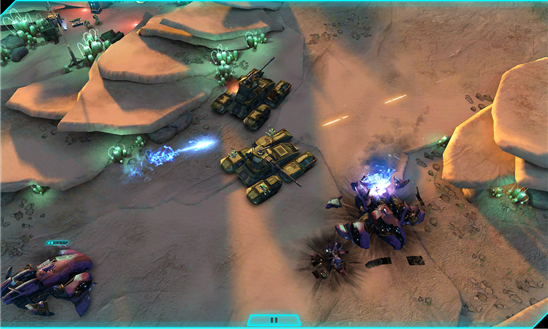 The campaign spans across 25 missions, each about 10 minutes long. In addition to that players can take part in so-called challenges, that should keep motivation high enough to come back and play it even after finishing the campaign mode. Unfortunately Halo: Spartan Assault doesn’t sport a multiplayer mode. Something that would have really made it a perfect game. Gameloft has proven that true multiplayer games are not only possible on Windows Phone, but can also be very well done. N.O.V.A. 3, Modern Combat 4 or Order & Chaos, anyone?

I’ve already mentioned that Halo: Spartan Assault synchronizes across devices, no matter the platform you choose to play it on. This means you can start a level on your Windows 8 PC and continue it on your Windows Phone. Exactly where you previously left off. Medals which you can earn throughout the game as well as credits sync as well. The only exception is achievements. These unlock separately on each platform. 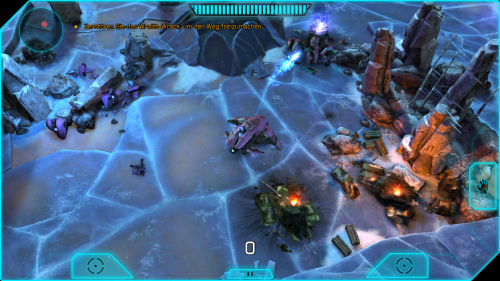 As already mentioned, Halo: Spartan Assault is a twin stick shooter. Your left thumb controls the movement, whereas your right thumb is used to aim and shoot. Halo wouldn’t be Halo, if running around emptying clip after clip were actually enough to succeed. No way. You need to throw grenades, pick up ammo and even other weapons, take control over different vehicles and perform melee attacks every once in a while.

Grenades aside, all these actions can be performed using a single, context sensitively acting, button. Grenades though require you to double tap the screen somewhere. This is the only design flaw in my opinion, because you throw grenades in the exact direction your character is currently looking. I’ve accidentally thrown multiple grenades in completely false directions which lead me to fail the mission. It just takes a little while to get used to. 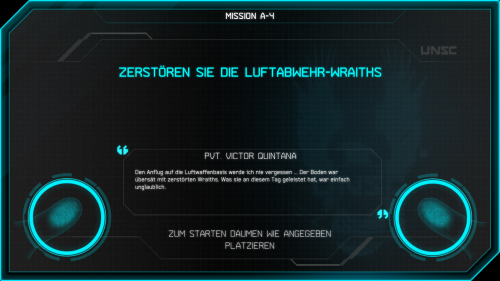 This applies to the Windows Phone version of the game though. Like I’ve already mentioned in the beginning, there are a few differences in Windows 8. You can play Halo with mouse and keyboard on it, but comparing these to Windows Phone wouldn’t make much sense. Windows 8 offers additional buttons for throwing/switching grenades and switching weapons, making for an easier control set.

Yes, this is truly Halo! Not only the videos are amazingly well done, but so is every single other aspect in the game. Even though this offspring plays entirely different from what Halo fans are used to, it delivers a true Halo experience. Enemies, weapons sounds, radio talk, everything sounds very familiar. If you have played any other Halo game before, you will feel right at home.

The only thing that’s really butt ugly about the entire game is its tile. Seriously. Using a double wide tile reveals an amazing looking panorama, but both medium and small tiles show some comic like iconic whatsoever image. Maybe other users out there will like it, I certainly don’t.

If you’ve played Halo before and are a die-hard fan: don’t hesitate, just grab your copy. If you’re not that much of a fan but still like the Halo universe, again: grab it. And shouldn’t you be interested in Halo at all, but like a good twin stick shooter: grab it too. :). 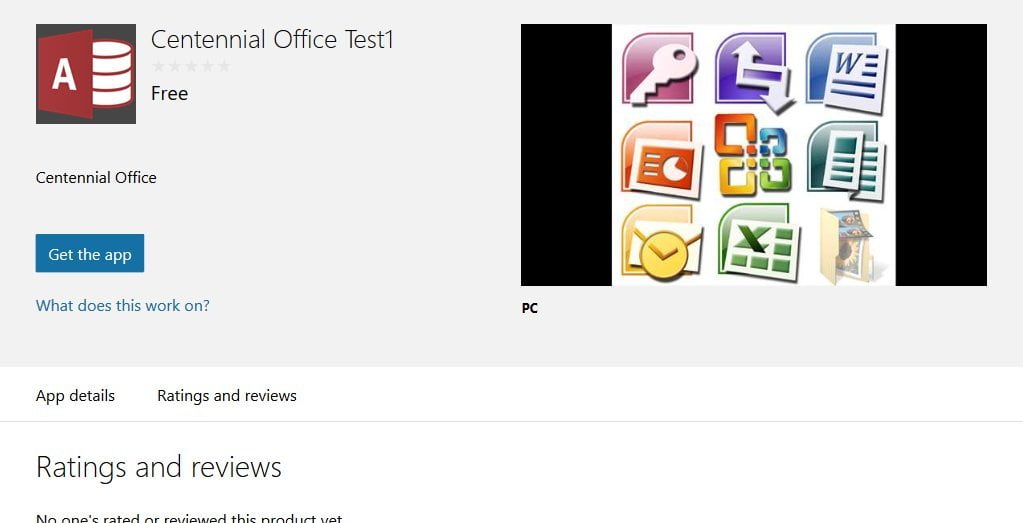