What Is Bitcoin Mining?

Finally, you have decided to search for what all this is about. One simple investment that turned into millions of dollars, an idea that currencies would be made that would be entirely for the people and will create new opportunities in the financial systems. From the barter system that our ancestors used, we have come a long way. The currency whose value rose 400% in the last three years has shaken the entire economy. Fortunately, cryptocurrencies can be mined.

In simple terms, you can print money at home. Pretty cool, right? Well, the process isn’t that pretty, but yes, you can mint your Bitcoin profit. Following the terminology in cryptocurrency, Bitcoin mining is the process of adding and validating new tokens into the blockchain. The process is essential for the development of Bitcoin and requires tons of computing. Let’s now understand how it’s done, and can you really just set up a few computers in your garage and start mining? 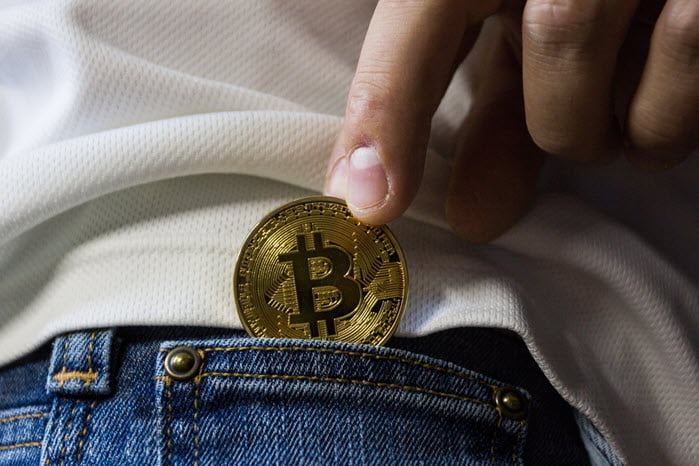 How To Mine Bitcoins?

To correctly answer the question, I would need more words than my boss allotted me. When you hear the term mining, you might imagine that there would be somewhere in the virtual world where you just go with your pickaxes, smash few rocks and bring home whatever you could mine. But just like you, I wish it could be that much easy. To explain it in simplest of words, Bitcoin miners are auditors who validate the authenticity of blockchains generated and gets rewarded in cryptocurrency tokens, usually the same as the mined one. Sounds simple enough? Umm, not as much!

In nature, Bitcoin or any other cryptocurrency is centralized in nature and isn’t authorized or regulated by any bank or government. This means any person who possesses an original token of 1 BTC can make transactions again and again with new digital copies. Consider having one $10 bill in your pocket and using that note again and again. Now, such won’t be possible in centralized finance systems, as you would have to hand over that bill before purchasing anything, but since it’s digital, it could easily be counterfeited. Bitcoin miners validate the serial number of that bill or token in proper terminology so that you cannot use the same bill twice, while every transaction gets recorded on public ledgers.

The serial number mentioned here is known as the 64-bit encryption key and gets recorded with every transaction made.

Now let me tell you that this process is seemingly straightforward but hugely limited to computing horsepower and not by human knowledge or resources. The main problem here is that you don’t have to check the encryption key; you have to guess it. And once you guess the 64 letters long key, you would be rewarded fractions of Bitcoin for the same. Another funny thing here is you have to guess the 64-bit key first. So the rewards are based on two points which are that you must guess the 64-bit key and must guess it first. There are several concepts surrounding crypto mining, such as Proof of Stake (PoS), Proof of Elapsed Time (PoET), which you can learn more in-depth from our other articles.

The concept of mining Bitcoin seems simple enough, but more considerations and knowledge are required before diving into this seemingly profitable pool. Just one friendly reminder that I don’t endorse Bitcoin mining or investing in Bitcoin in any way. If you liked this article, be sure to check out our other articles on Bitcoins. Catch you in the next one!

How to Change Display Refresh Rate in Windows 11/10

How to Enable Remote Desktop in Windows 11/10 Home?

You can Run GUI Linux Apps from Bash on Windows 10, Thanks to the Dev Community