All new hardware uses UEFI or Unified Extensible Firmware Interface instead of traditional BIOS in today’s time. BIOS is more than 40 years old, and it is a pretty outdated technology. Hence, you may consider changing the Legacy BIOS to UEFI. By making the change, you will be able to enjoy better performance and disk support.

Earlier, you had to reinstall your Windows OS to switch from Legacy to BIOS or MBR to UEFI in the previous versions of Windows. But with Windows 11/10, Microsoft introduced a new tool called MBR2GPT that makes the whole job pretty straightforward. 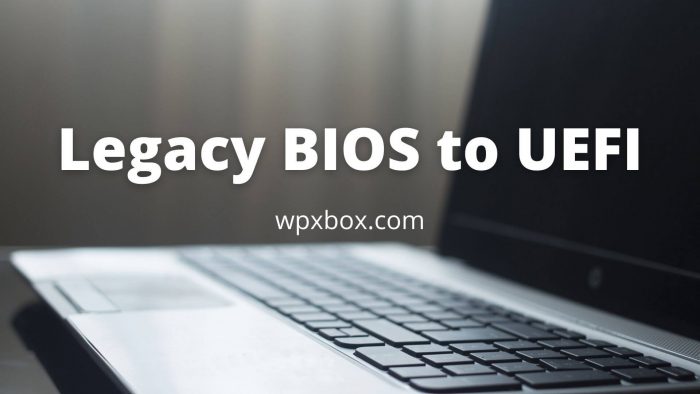 Things To Know Before Switching BIOS From Legacy To UEFI

Before you go ahead and change BIOS from legacy to UEFI, there are a few things that you should know about.

Check If You Are Using Legacy BIOS 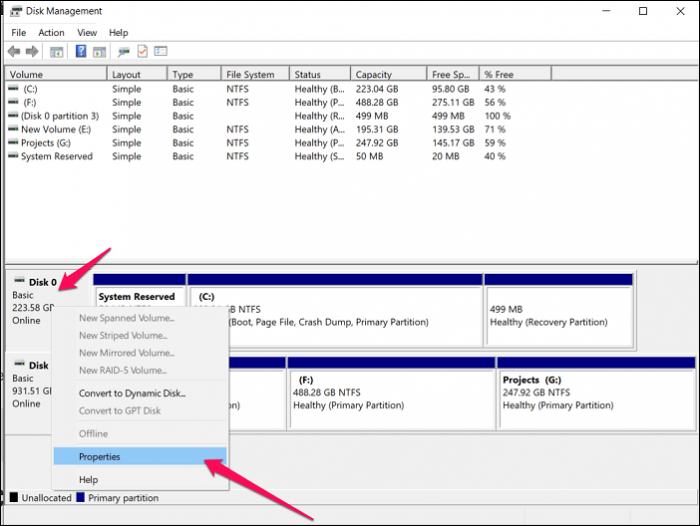 The next thing that you need to do is check if you are using Legacy BIOS. If you are already using UEFI, there is no need to make any changes.

Finding out whether you are using Legacy BIOS is pretty straightforward. Search for creating and format hard disk partitions in the start menu and then go to the Disk Management tool.

Then right-click on the Windows installation disk and select Properties. Then go to the Volumes tab, and over here you if you see Master Boot Record (MBR) next to Partition style, you are on Legacy BIOS.

Once you are done making sure that you are on Legacy BIOS and have backed up your system. You can now continue with the below steps to switch from the Legacy BIOS to UEFI.

After that, go to Disk Management tool > Volumes tab and check if you see GUID Partition Table (GPT) next to Partition style or not. If you see so, you have successfully switched to UEFI from Legacy.

We also recommend you read the detailed guide by Microsoft for more options. It is also possible to migrate to UEFI from within Windows using the AllowFullOS switch.

So that was the answer to your how-to change the BIOS From Legacy to UEFI question. Also, make sure you take a backup of your system before following any of the above steps.

Is UEFI set up in BIOS?

No, UEFI is a replacement for BIOS for modern PCs, which is now available on most motherboards. Some old motherboards offer a switch to change from UEFI to BIOS.  Compared to BIOS, UEFI offers improved security, faster book times, support large-size hard drives, and other things.

What are the disadvantages of BIOS?

Why should you be updating BIOS or UEFI?

While nothing will happen even if you do not update the UEFI or BIOS, but if you do, it will fix any hardware-level issue that could cause BSOD or any hardware failure. Some motherboards offer to update the UEFI without turning on the PC, while some allow you to update from within the UEFI. Make sure to check with the manual for the correct process.