Once in a while, Windows users face an issue where they cannot boot their Windows PC. While the computer starts, they are stuck at BSOD (Blue Screen of Death) with an error code. This post will look at possible solutions on how you can fix an inaccessible boot device on Windows 11/10.

inaccessible Boot Device may seem tricky to rectify but is not that hard unless the correct procedure is followed. The error signifies the failure of the Windows operating system in accessing the partition of the system during its starting. The possible issues due to which the system partition cannot be accessed are:

The inaccessible Boot Device error may also give rise to other system malfunctions. So, to save the system from these issues, it is important to solve them as soon as possible.

Boot into Advanced Recovery for Troubleshooting

Since the PC is not available the usual way, we need to use a Bootable USB drive to boot into recovery mode. Creating a recovery device is easy, and all you need to do is follow the instructions in our guide.

Once the USB drive is ready, change the settings in the BIOS so you can boot from the USB drive. Look for Boot device and change order in the UEFI or BIOS.

Once you boot from the USB, you should get an option that will ask if you want to repair the OS during installation. Click on that, and it will take you to the advanced recovery.

In Advanced Recovery, select Troubleshoot and then Command Prompt. It will allow you to run some system commands that can help you fix the problem. 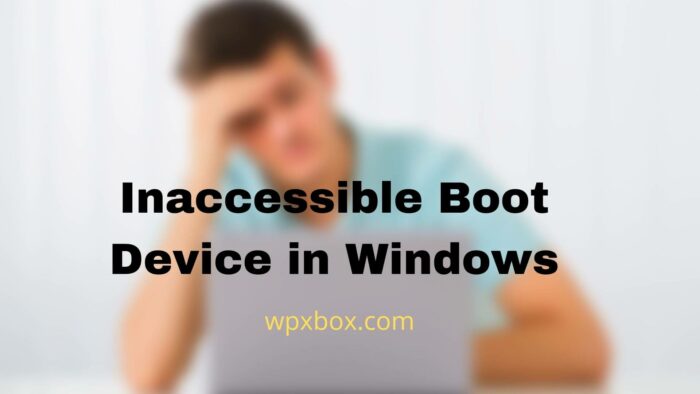 How To Fix an Inaccessible Boot Device in Windows?

So, there are several ways to fix the inaccessible Boot Device Error in Windows. Some of the common fixes are:

Now let’s talk about these fixes one by one:

Many times, loose cables can cause the error of the inaccessible Boot Device. Though a small number of users have faced the issue due to loose wires, it is essential to check whether every connection within the cabinet is fine.

You need to power down their PCs, open the cabinet and check if all the connections are made properly. However, many users had solved the problem when they connected the hard drive to a separate port on the motherboard.

2] Look for Faults in the Hardware

Errors with BSOD may be caused due to specific faults in the hardware, especially in the RAM. If the RAM seems to function properly, check the motherboard and hard drives.

Locating faults in the hardware is a tedious task, and a thorough inspection is required. In addition, some newly installed hardware may also lead to an inaccessible Boot Device error. Therefore, check the computers working after removing or replacing that particular hardware.

The Advanced Host Controller Interface (AHCI) is a standard from Intel. It specifies how SATA works with the motherboard. So if a hard drive is connected through SATA, this will be much needed.

BIOS may be different according to the systems, and therefore it is a must to go through the motherboard manual to look at the instructions given there. Many users have reported that the issue of the inaccessible Boot Device is resolved by enabling the AHCI mode.

Note: Most modern motherboards don’t need this anymore. If at all you can find it under advanced or around the hard drive settings in BIOS.

Bootrec.exe is the utility that anyone can use to update, fix and rebuild the master boot record code, rebuild BCD (boot configuration data), and so on. It is helpful when the computer is not able to boot because it is not able to find the right path of the boot files.

DISM (Deployment Image Servicing and Management) helps in re-deploying the systems image and rectifies all the problems while going through the process. Therefore, it can correct the inaccessible Boot error by replacing files that may be corrupt. The procedure may be time-consuming and involves typing some commands, but it helps solve such issues.

The SFC /scannow rectifies all the device’s flaws while looking for a possible solution to correct the issue. The process may seem complex, but most of the errors can be solved through this procedure.

Certain cases show inaccessible Boot Device errors due to issues in BIOS. The problem might get resolved after reflashing BIOS. Remember that reflashing the BIOS is an advanced process, and the users might end up damaging their systems permanently if not done correctly.

If specific software is triggering the issue of the inaccessible Boot Device, it can be solved by reinstalling the Windows. However, since your files are on the drive, we would suggest connecting it to another PC and taking a backup of all your files.

You will need to use the bootable USB to boot into the installation process and then install Windows on the primary drive.  Once you are ready with the PC, ensure to install drivers carefully and check which of them are causing the issue.

It may be troublesome to have the inaccessible Boot Device error flashed on the screen but fixing it is not that tough for a common person. The methods mentioned above really help in fixing the issue in no time. However, if the above methods don’t work, the users have to seek the help of a professional to know the root cause of the issue and get a prominent solution.

While opting for the procedures involving the risk of data elimination, make sure to have a backup to store all your files.

Can Malware Cause Inaccessible Boot Devices?

Yes, Malware attacks can cause the system to run into the BSOD (Blue Screen of Death) error, such as an inaccessible boot device error. It happens when the malware changes the boot files on lower levels.

Why Is My PC Going Into Automatic Repair?

Sometimes our PC got stuck in the dreaded automatic repair loop. The major reason behind it can be missing or corrupted system files, including Windows Registry, incompatible hard drives, file corruption in Windows Boot Manager, and even a faulty Windows update. 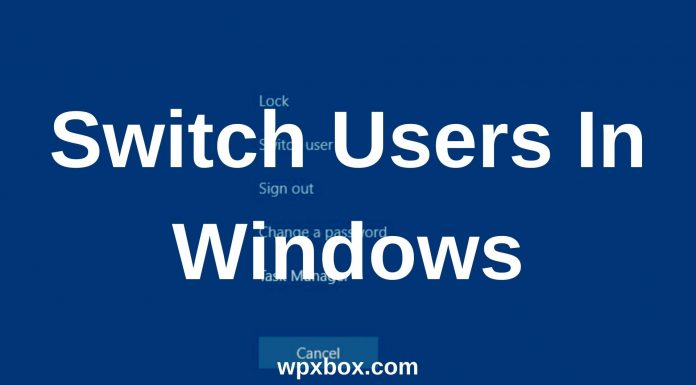