The taskbar is one of the most frequently accessed features in Windows 10; it makes launching apps much quicker and easier. However, in the process of making the apps launch quicker, users often tend to clutter up the taskbar by pinning too many icons. In case you do not want to remove the icons from the Taskbar but have them all there, you could group them into a set of icons. This post will guide you on How to use TaskbarGroups to group taskbar shortcuts in Windows 10. 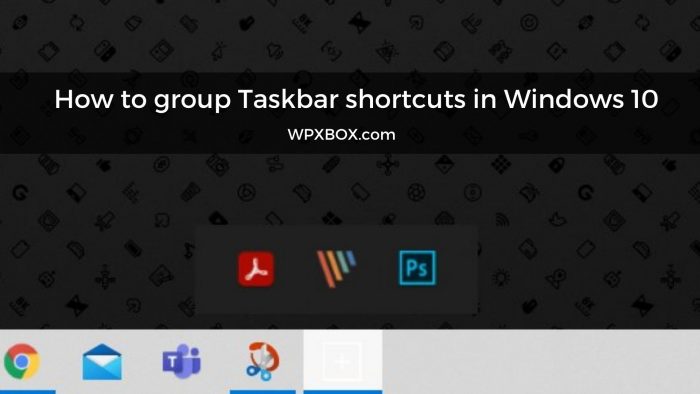 For instance, if you’re an adobe creative cloud user with access to all the applications such as Photoshop, or Premiere Pro, or After Effects, you could easily group them into a single icon on the taskbar. Thereby reducing the clutter while not removing quick access.

Developed by Jack Schierbeck and originally posted on GitHub, TaskbarGroups is a free new simple customization application for Windows. This app lets users bring together several shortcuts to the taskbar or the desktop. The application has received updates adding support for vertical taskbars, multiple monitors, hidden taskbar, and more.

Before you use TaskbarGroups on your Windows 10 machine, one needs to download the application and set it up. Start by heading over to the download page of TaskbarGroups, find the latest version, and choose Download ZIP file. Next, go ahead and extract the ZIP file. From the extracted contents, double click on the Taskbar Groups.exe file to open it up. 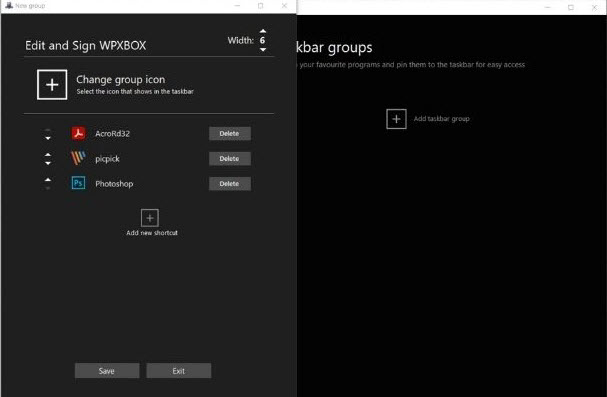 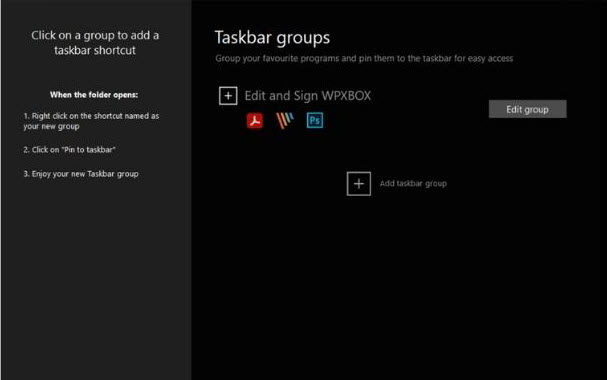 With this, the icon would be placed on your taskbar, and upon clicking the icon, you’ll find the group of shortcuts present. Interestingly, one could also copy and paste the same shortcut on the Desktop to declutter the occupied space.

Follow the above-mentioned process for as many groups as you want; once done, you’ll find your Desktop refreshing and decluttered.

That said, how many icons do you prefer keeping on your desktop or taskbar? Do let us know by dropping a comment down below.