Window 8 comes with an app called as Smartglass, recently released by Microsoft, which is a companion app for Xbox. This application can do tons of stuff depending if the game makers implemented it. Looking at Maps, Players Position, Weapons location etc are few such examples.

So lets say you are sitting along with your friend in your room, and you all planned to play Xbox. So instead of waiting for the game to start, you can just do it from your computer running Windows 8 and start playing the game without any wait.

Steps to launch game from Xbox :

Now when you do it for the first time, the Games App will check for the Smartglass App and if it is not found, it will ask you to download by providing you a direct link in the App store.

This application also lets your performance,  your friends who recently played it and when in connected mode with the game you are playing, you get game specific theme with information about the game. 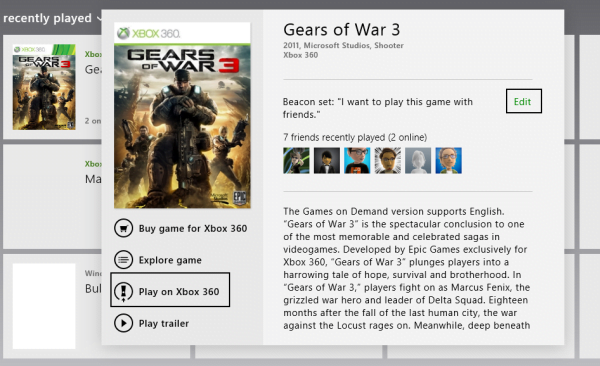 Settings up the Beacon :

Becon was introduced in the Modern Dashboard Update, and it allows you to setup a headlight on your avatar which your friends can see. So if you set a beacon of Gears3 which any of your  friend  get to see when they see your avatar, and know what you want to play. As a return, you also get notified about any of your friend who starts playing the same game.

There are two ways of doing it. One is from the Companion App, and the other from the games app. 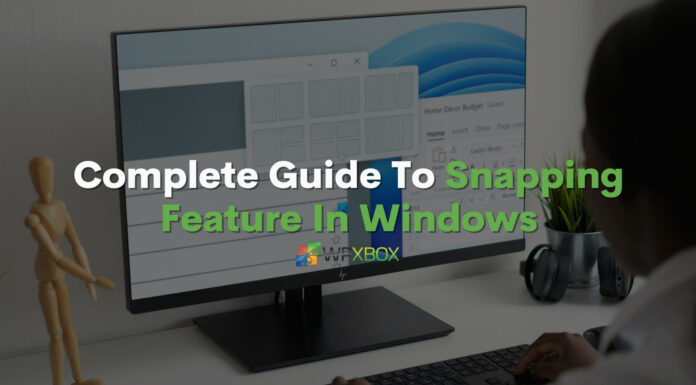 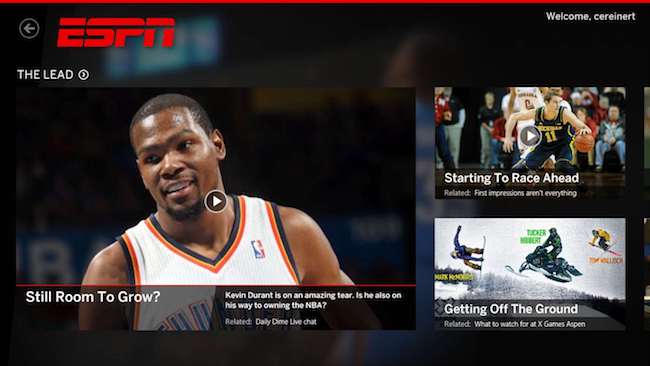