Good thing is that Xbox features has come a long way from just being on Console to Apps & PCs.  While the console doesn’t allow you to send the message to multiple friends, the apps do. Xbox Apps are available on all the platforms, which makes it even more convenient.  Below I am demonstrating how you can do it using Xbox App on Windows 10, and Xbox One Smartglass App on other platforms. 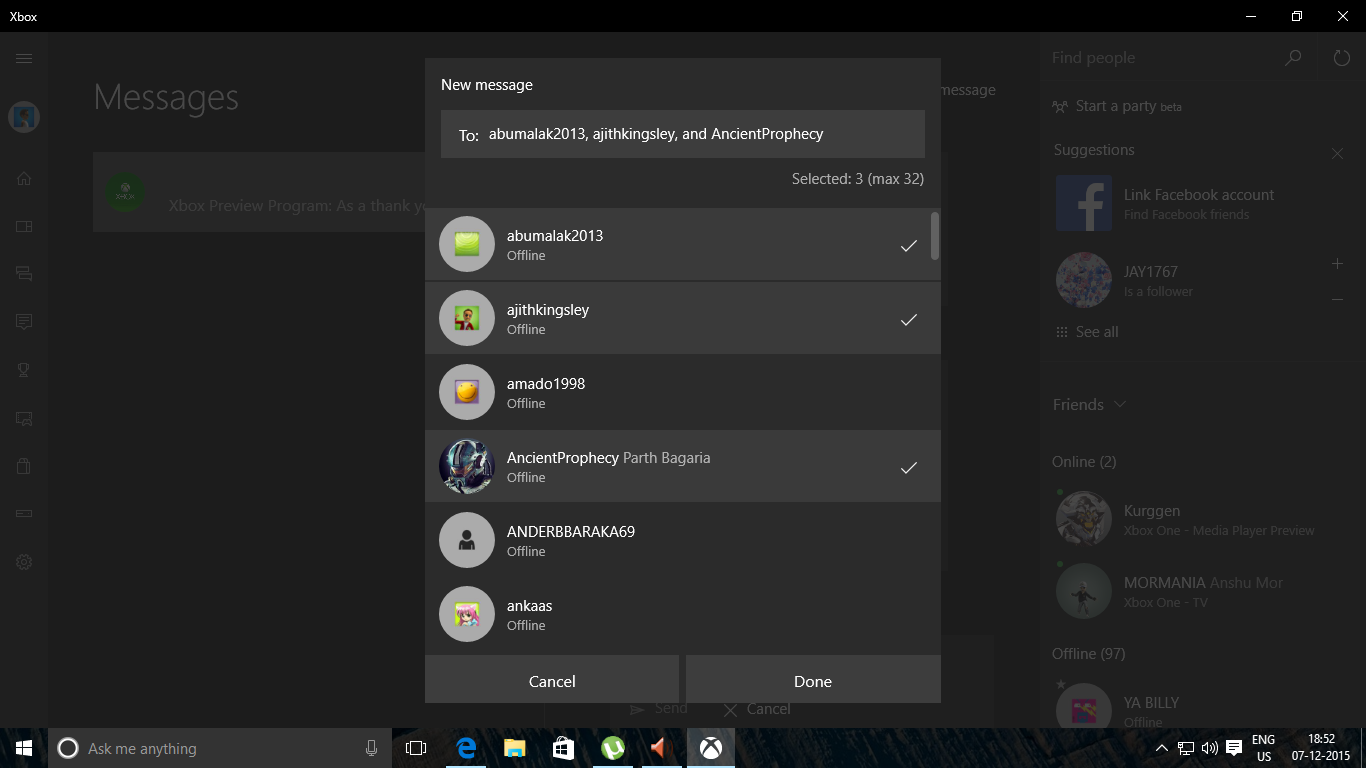 IMO, this is much easier that doing it on console even if it has supported Keyboard and mouse. You don’t have to depend on it, nor you need to turn it on send the message. So if you are planning for a smashing multiplayer on the weekend,  this is the most easy way to start a conversation.