It was only 2 days ago we shared news about Windows 10 “Cloud” version, and today we have the alleged screenshots of the so-called Cloud based version of Windows which Microsoft might want to sell at lower price, specially on devices priced around $150. Today,  Italian blog Windows Bog Italia has shared some screenshots of the Cloud version, and there is actually nothing to see.

While the Italian blog has good credibility, the screenshots aren’t just convincing enough to believe that it is actually the Cloud version. So don’t event take it as a grain of salt. Oh well, there isn’t a slat here. Here are the screenshots:

The first screenshot is about Apps like Evernote at all running which are ported WIN32 apps using project Centinnal. The second screenshot is from registry which says about version. The last one shows compatibility error when it tries to run an app. To be very honest all this aren’t just convincing enough, specially when you have Windows 10 Pro Insider Preview 15019, a build which released on January 27th 2017.

The reason why I am not convinced because it all can be faked pretty easily. You can run an app which is not compatible, and get the same error message. Registry can be changed just for sake of taking screenshot, and lastly Evernote Apps are already available, and it doesn’t show anything with points to the cloud OS.

The biggest “No No” pointer is the Windows 10 PRO. Why would Microsoft put a PRO on a Cloud version? This is something very hard to believe. 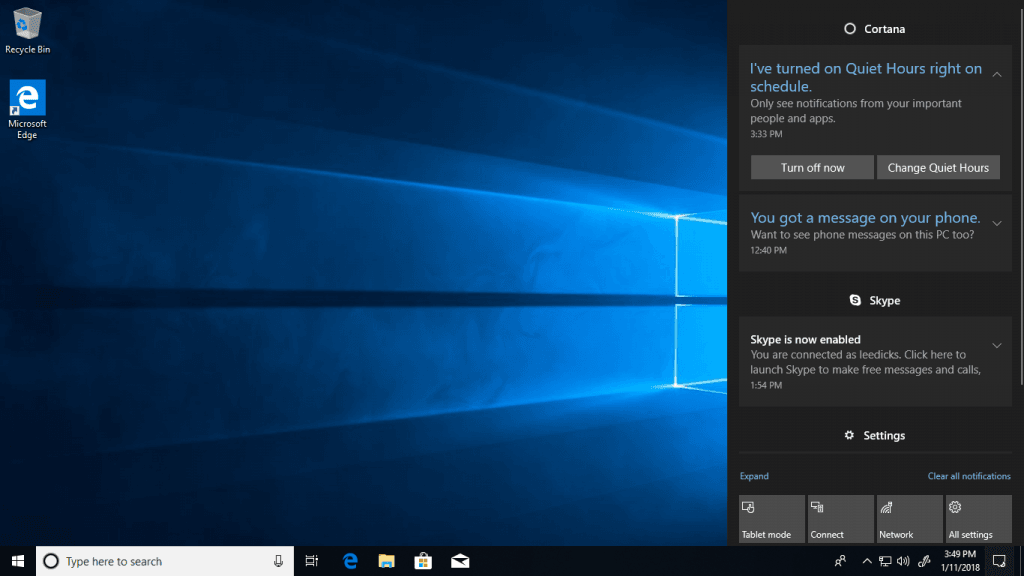