VR or  “Virtual Reality Headset” is a machine that enables users to sense things directly and interact with the environment. Its display is called “Heads UP Display (HUD)”. VR headsets create a convincing connection with the virtual reality context and the user’s ambiance. They are far more than just a 3D show, and Microsoft is bringing native integration of VR into Windows 10 with Creators Update which is expected to be released in April this year.

That said, Microsoft also promised to bring affordable VR headset to all Windows 10 users and will remove the need of buying expensive hardware to make it run. All you will need is a Windows 10 PC with creators update, an average PC, and a VR headset to experience it.

CES 2017 has seen OEM’s getting VR headsets for Windows 10, and here is the list of the best ones. Please note that these VR headsets displayed at CES 2017 were dummy though they will be available very soon to buy.

Here is a tour of some of the best VR headsets that are announced at CES 2017 for Windows 10 OS. Windows have made it clear that any inventor looking forward to enter the world of AR or VR can build and design their device using only Windows Holographic that will be available to Windows users.

When the world was rolling over the virtual tech, windows didn’t lag behind; it also came up with VR solutions. Microsoft wanted to dominate the market of VR headsets. So, it allowed the original manufacturers of Microsoft to produce VR headsets keeping the price in minimum range, which has to be compatible with “Windows 10 Holographic set of APIs”. It is during this time, at CES 2017 Lenovo grabbed this opportunity of producing VR headsets, which is windows holographic based VR sets. Its price is pretty much affordable which is said to be quite cheap in contrast to high end product like this. 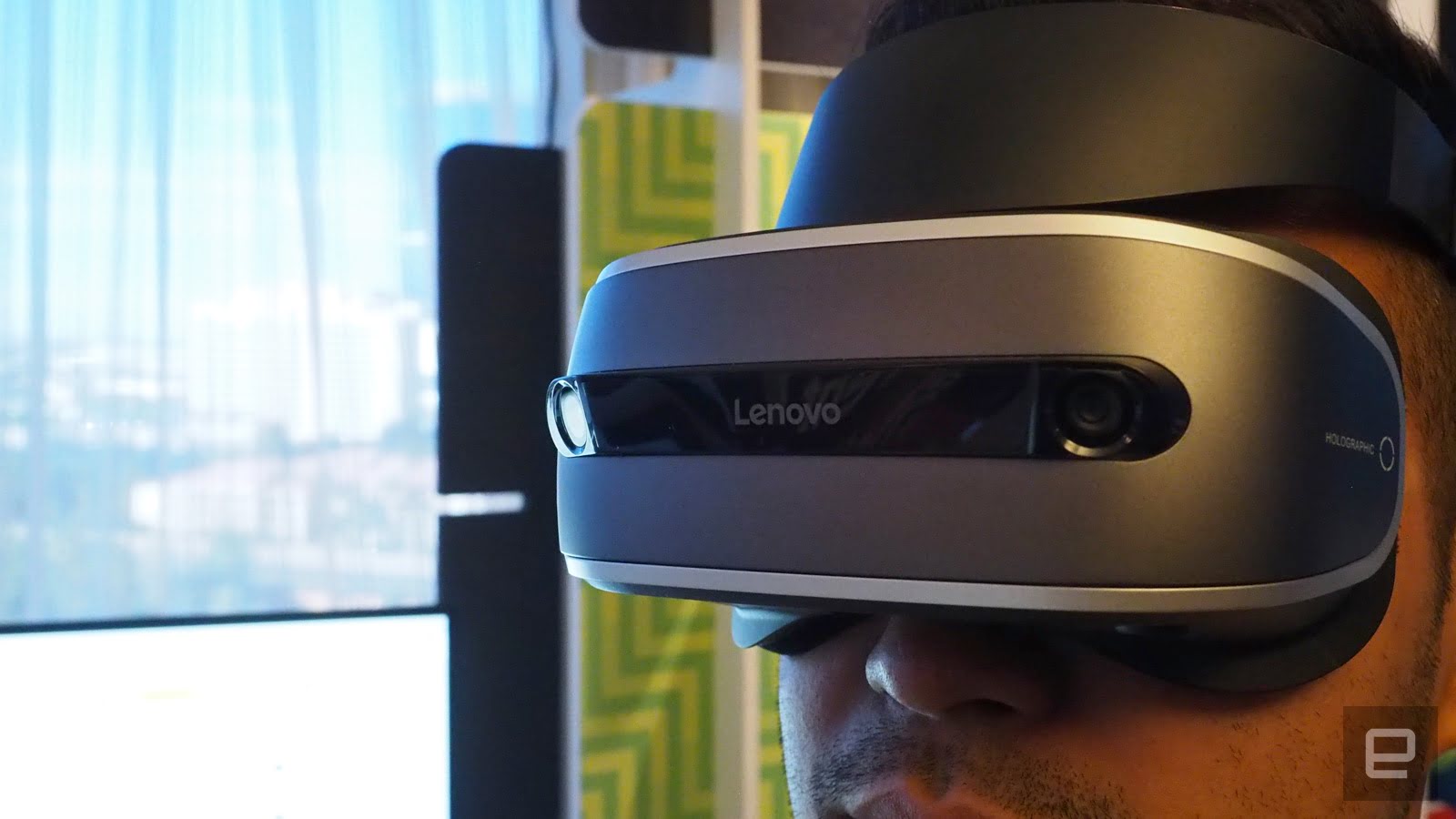 The device comes with cables that are running the headsets and front facing cameras for head tracking. Its unique technology allows inside-out head tracking. The headset is lightweight, weighing approx 350gm and is comfortable. It has adjustable dials for adjustment.

The device is designed in a way that specially fits on the forehead, so that your nose, cheeks doesn’t get stressed unnecessarily.  The device comes with no controller in it, which means you have to control it with your Xbox. The inward-out tracking creates some amazing potential implementation.

This year at CES all these three companies, showed off with headsets that are a prototype. They are similar in design with glasses suspended in front of your eye area and headbands for adjustment. The glasses are flexible and can be flipped so that you can get accustomed with the VR and regular view easily. 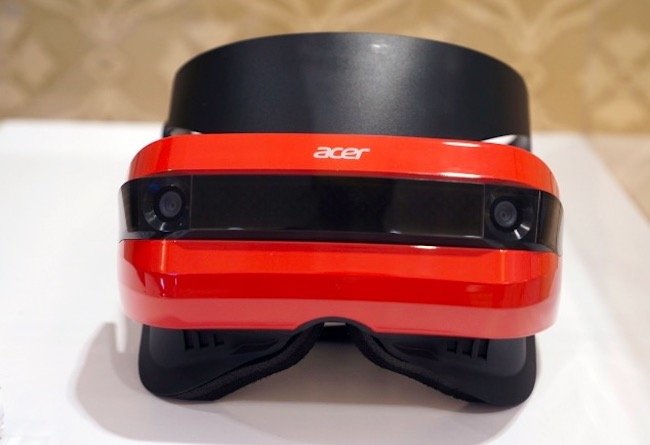 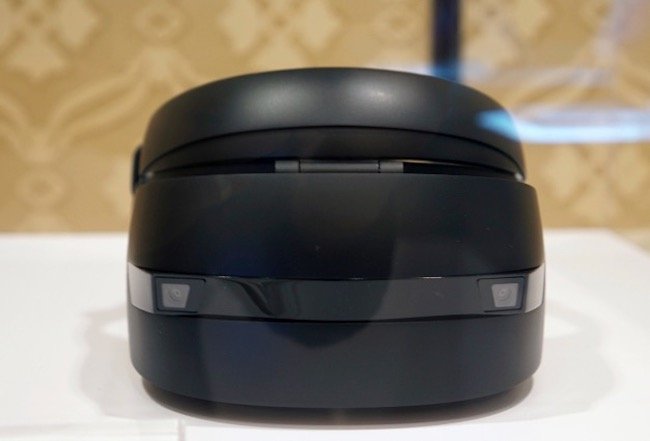 The majority of those glasses includes stereo cameras that help viewers to apply and use them as a combined reality that are made bigger and better. They will be kept in similar price range as well. 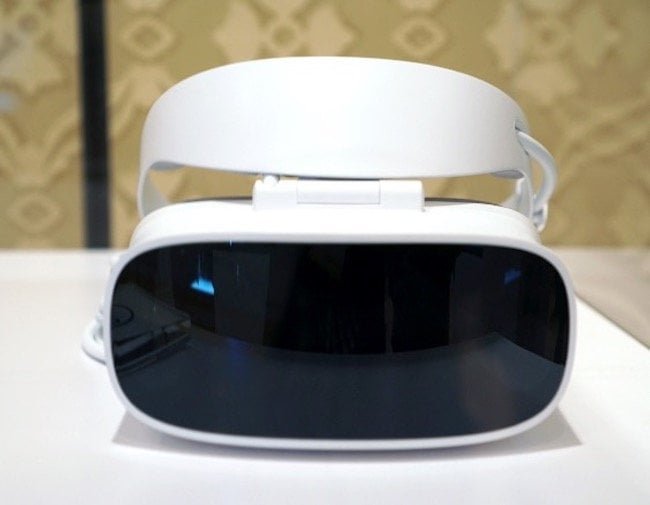 So, these are some of the best VR headsets of announced at CES 2017 that are well compatible with Windows 10 OS and surely give you an immense experience.

The astounding VR headset invention has changed the concept of gaming and experiencing stuff through the machine/device. It sets an example universally, where technology can go and take you. If you haven’t experienced this yet, make sure to try VR headsets from these creators, as early as you can. 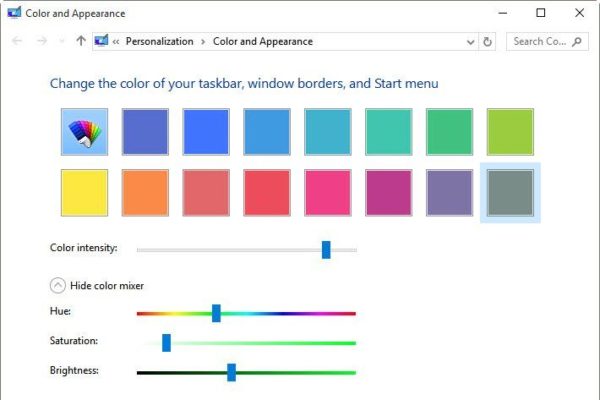 How to Get MacBook like Trackpad Gesture in Windows 11/10