If you are tired of constant updates, and too many bugs when it comes to Windows Insiders program, Microsoft is extending the program for apps only in near future. There are many enthusiasts who love to try out, send feedback for apps alone, and still make sure that the system remains stable,  then this is just for you.

Those who aren’t aware, Windows Insider program lets you try the upcoming feature of the next big update of Windows for free but also brings in f instability, and even with 4 levels of insiders from the most buggy with constant update to least buggy with least number of updates, it seems a very good idea for extending the program the for apps only. Not everyone is interested to test the whole OS but can deliver great feedback on a per-app basis.

First spotted by Gustave M.‏ , the screenshot for the preview version of Alarm & Clock program clearly shares the idea.

That said, the idea is not new. If you are using an Android phone, a lot of developers have enabled this for their apps, in fact, Microsoft has this for their launcher program, and people can opt-in to install the beta version, and provide feedback.

So how you can enroll to this? Right now it seems to be open for a small group, and if it works the same way Android Play Store works, it will be visible on the Store, and not anywhere inside the Windows Insider program that’s available for settings. Instead, you should see an option which should sound like “Try beta”

We will keep you posted on this. 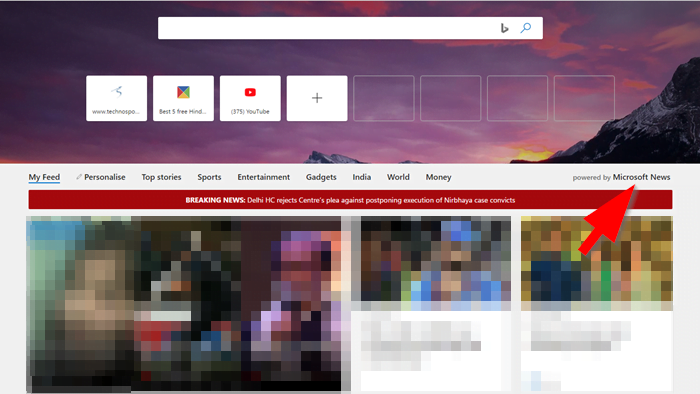 How to hide the News section from Microsoft Edge New Tab