At Future Decoded happening right now in Mumbai, Microsoft has announced Skype Lite. It’s the lighter version of the popular messaging, and video calling app Skype which makes sure to consume less data, keeping in mind about the data challenges, and internet penetration in the country.  The app is now live in the Google PlayStore and comes in 7 different languages including Bengali, Gujarati, Hindi, Marathi, Tamil, Telugu, and Urdu.

Here is an interesting bit. We did try out the Skype Lite yesterday, and it looks exactly as the Skype Mingo app available on the play store. It has been under testing for some time, and we can confirm that this is being rebranded as Skype Lite. It has the same exact download size as Skype Lite. If you have Mingo installed on your phone, an update should be available.

Keeping in mind that WhatsApp is THE popular app in India which does everything that Skype Lite does with additional features like end-to-end encryption, more privacy control, and the recently announced Status, where does Skype Lite finds itself?

As per the discussion with Microsoft Skype Lite team, it is not here to compete with WhatsApp or any other messaging app, but it’s for those who already use Skype and want to have lighter version when connected on lower bandwidth. Since the size is reduced, and data consumption is less, it might become an attractive point for new users who would like to try it. 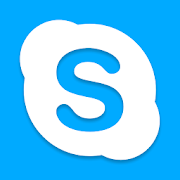