Microsoft today passed a strong message to all Virtual Reality makers about its Windows Holographic OS by inviting them to use it with their devices. What is the advantage VR makes will get with the Holographic OS? It’s the feature of the OS which allows to Mix Virtual elements with real word objects which was well demonstrated by Microsoft’s in-house HoloLens which is implemented well with Augment Reality. 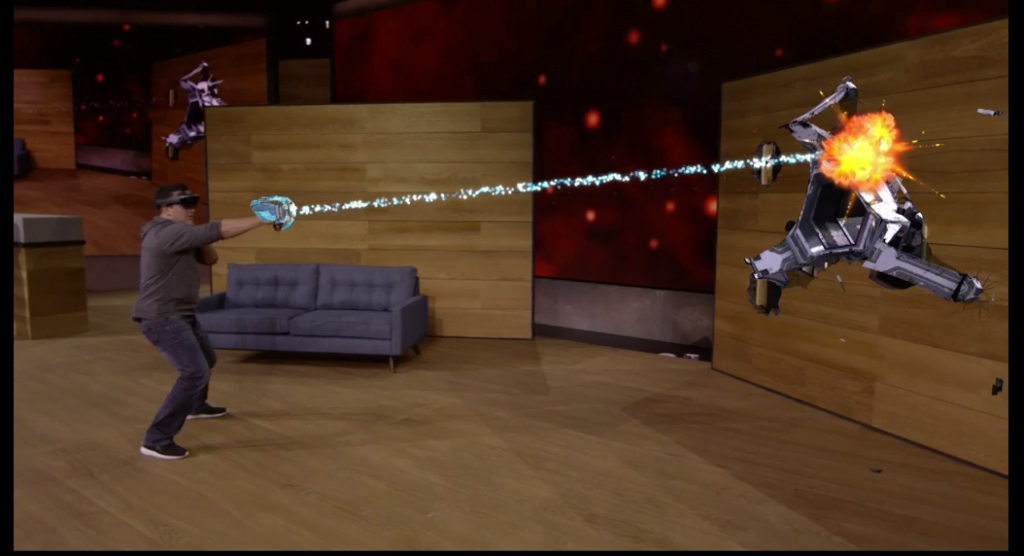 What do the VR headset maker gets with Holographic OS? The OS is used out of Windows 10 which is now a core platform which runs on Phone,  Xbox One, PCs, Desktop and so on. The OEMs will get access to  Windows Store, User Interface, Universal Windows apps, and all Universal Windows apps, Live Services and so on. The best part of all this that Microsoft isn’t asking OEM for any additional hardware. As Microsoft puts it:

Imagine wearing a VR device and seeing your physical hands as you manipulate an object, working on the scanned 3D image of a real object, or bringing in a holographic representation of another person into your virtual world so you can collaborate. In this world, devices can spatially map your environment wherever you are; manipulating digital content is as easy and natural as picking up a box or sitting at a table; and you can easily teleport into your next meeting or travel together as a team.

The company is working with Intel, AMD, Qualcomm, HTC, Acer, ASUS, CyberPowerPC, Dell, Falcon Northwest, HP, iBuyPower, Lenovo, MSI and many others supporting great virtual reality experiences on Windows 10. More details will be revealed at the WinHEC this fall in Shenzhen and Taipei.