We all know now that none of the Lumia Windows Phone Devices ( 900 , 800) or any existing Windows Phone devices will get upgrade to Windows Phone 8 because of the obvious changes in Kernel which is not shared with Windows 8.

Instead, a new updates will be rolled out,  7.8 to exact for all Windows Phone which will bring new Start Screen features to all phones including Lumia devices.  Nokia went one step ahead of this and has announced new set of applications which will bring in few features of Windows Phone 8 or even if not related, some features which was regularly demanded like Play To DLNA etc to existing Lumia Devices.

As a matter of fact, Nokia Conversation has a blog post today on this which covers about these application, including a video for the Camera App which was demoed yesterday.

This app is trying to fill in the features which many other phones already have and they are Smart Group Shot,Action Shot,Panorama, Self-timer. 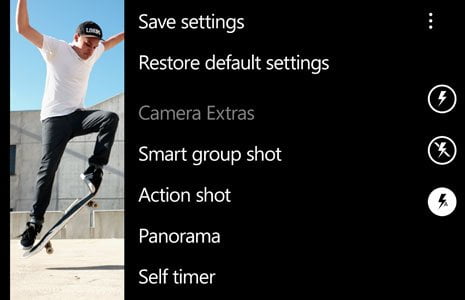 Contact Share : Less hardword in copying numbers to send it over SMS. This app will read your contact book and then let you share details over SMS. Best part, you can do multiple selection.

Play 2 :  If you have any DLNA enabled device, PlayTo will allow you to share pictures, videos and music from your Lumia smartphone.

Counters : This app will help you find how much data usage is taking place on your phone and help you limit it.  This will make sure you dont pay anything extra to your operator without knowing.

Zynga Games : Nokia has teamed up with Zynga to bring in games like Words With Friends and Draw  Later these will be available via Nokia Collections.

To make use of these apps, Nokia Lumia Windows Phone devices will need to some features which will be sent via the Zune Update. Good news is that its planned to start from 27th of this month and will be in phases. Some of the features are Internet sharing ( FINALLY) , Flip-to-Silence and media streaming from your phone.