Seems like Nokia is going to be favorite phone maker of all Windows Phone vendors here as it is keeping its promise up with full details even though the MS Where is my Update Page has lost it charm but as promised by Nokia last year in December is rolling out the update which will fix two issues.

The First one is Battery Performance Enhancements which was reducing the battery life down to just 12 to 16 hours will be back to a 48 Hours as posted by many users and second update  is on Wi-Fi Enhancements which I am guess is on Internet Sharing but we are yet to receive any confirmation on it.

The update is being rolled out in batch so you might not see the update right now and best is to wait for it till the zune pings you up. As Nokia Says its going to take max of two weeks for all the users to get this update. We have reached out Nokia to get some more details on the WiFi Enhancements, will update when we get a reply.

Update As MichaelxHell Confirms he does not see any Tethering Update but they have brought down the Display or the Brightness Level way too low and he says :

@WPXBOX all i know for sure is, they’ve cranked down the display brightness. the automatic brightness is just too dark now

@WPXBOX nope, no tethering yet :-/ no idea what they mean yet, haven’t investigated it

i have it RT @WPXBOX: Can Anybody in our Timeline can confirm if they are getting Lumia Update that got recently rolled out cc@MichaelxHell

Not sure if Nokia is trying to save battery this way but seems like there are lot of complaints about this even on the official page.

On Another Update, Lumia Seems to be getting the 8107 Update planned for Windows Phone and  We have a confirmation that the update is now available for India, Thanks Grace!! and here are the screesnhots she shared to all of us. 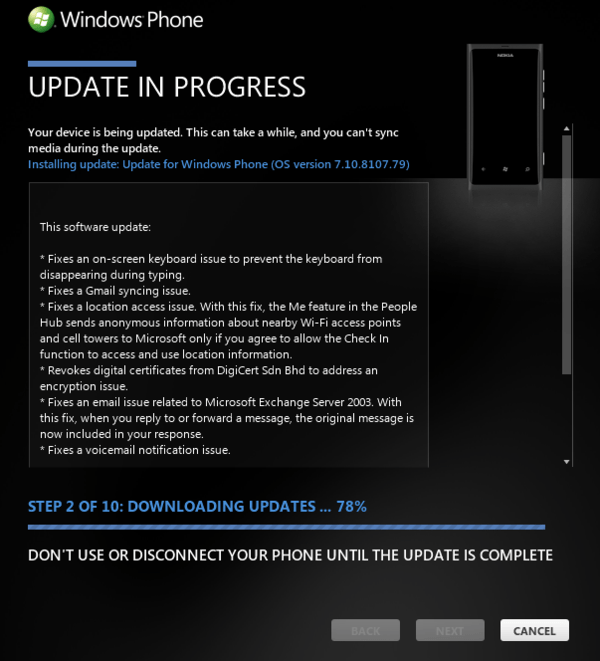 How to Setup and Use Cortana on Windows 10 PC

How to Stop Windows 10 Upgrade Files Downloading on Windows 7 & Windows 8.1