Nokia has just reported  its Q4 2011 earning, and things are not exactly looking rosy for the company. The company faced huge losses, its operating profit fell sharply, and its market share has decreased drastically as well. In fact, the company posted an operating loss of a whopping $1.3 billion. The company did have a better quarter than its previous quarter, but things are still looking gloomy. 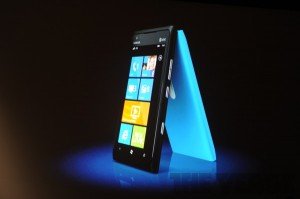 The only good news is that Nokia’s Lumia series of handsets are doing very well. The company has managed to sell “well over” one million Lumia handsets to date. Also, thanks to the increased focus on Lumia handsets, the sale of Nokia’s Symbian OS also fell sharply. As Quoted

Accelerating investment in Lumia range of smartphones, having sold well over 1 million Lumia  devices to date

Oh! and according to Nokia’s Q4 earning report, Microsoft gave Nokia $250 million to use Windows Phone on its handsets. This is just the beginning of a transaction, which is expected to total something in billions of US dollars. Via  Slashgear