Today I’m going to cover a game you may not have heard of as of yet, as it’s pretty new and not an Xbox Live title: Nun Attack by Frima Studio. The reason for me to write a review about it is plain simple: this game rocks!

So what is it all about, you ask? Simply put, it’s a tactical sort of shooter game with great comic-styled graphics and a nice sense of humor.

This is the story of the 4 holy sisters Eva, Rosy, Mandy, and Olga. It was originally 5 sisters, but Mortana – now known as the Fallen Nun – got rather bored with praying and doing good deeds all the time. She discovered for herself that being a bad girl seems a little more fun. Of course, our 4 protagonists won’t let this go unpunished and go out and about finding their former companion and ending her evil reign. 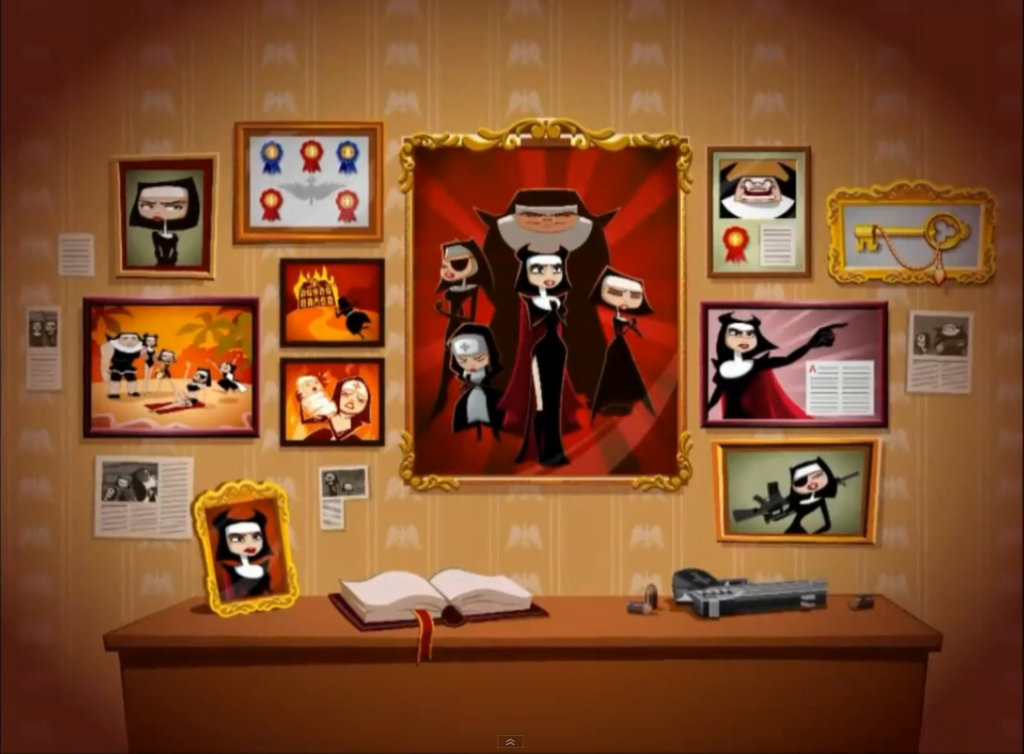 I admit that this story will certainly never win the Pulitzer prize, but that shouldn’t bother us much as it’s not the story itself that makes this game unique but the countless tongue-in-cheek dialogues of Eva, Rosy, Mandy, and Olga, the aforementioned graphics and the gameplay of course.

Speaking of which…. When I first discovered Nun Attack in the Windows Phone Store, it reminded me of Twin Blades, which also sported a nun and had similar comic-styled graphics. It may have inspired Frima Studios; who knows? But that’s about all both games have in common anyways.

Unlike Twin Blades, Nun Attack is no simple Hack’n’Slay, but I would call an “action-tactic-almost-RPG” type of game. Each of the 4 available characters differs in their attributes and offers one special ability. The twist is, you only get to choose 2 for each stage. 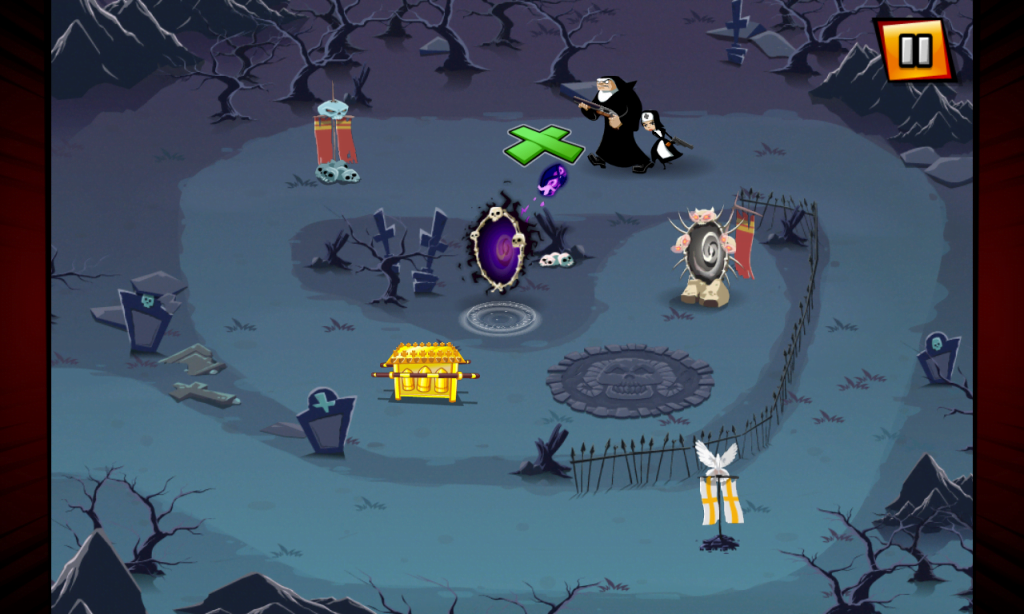 In Nun Attack, you pick a stage you want to play from a map. Stages can be divided into multiple sections, with each section being split into movement and fights. You move around your characters by tapping them and drawing a line to where you want them to move. Once they reach a certain destination on a map – a portal, for example – the game switches over to fight mode. Tapping and drawing lines work the very same here, too, with the difference that when your character’s target isn’t solid ground but an enemy, it will lead her to attack him. Once all enemies are defeated, you return to the movement section. In case it was the least spot to be cleared, you will, of course, not return there but instead see a summary of the just accomplished stage. 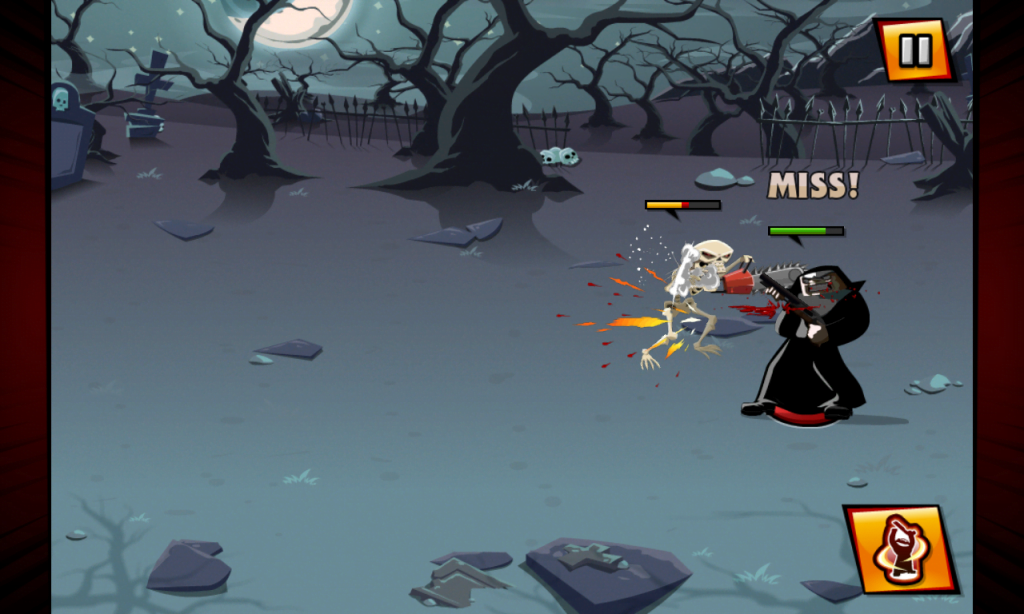 That’s the action and strategy part of Nun Attack. So where’s that RPG part I was talking about in the beginning? Well, your nuns – those you actually play – earn experience points and level up, which makes their abilities stronger and increases health points.  Besides that, it will make them use their weapons more accurately.

Speaking of weapons. Throughout the stages, your nuns can collect gold from chests and enemy drops. This gold can be used for better weapons.

Unlike many other games available on all kinds of platforms, Nun Attack has a unique, hand-crafted, and charming look to it, as you can tell from the various screenshots. From my perspective, it gives the game a certain something that always makes me come back and play some more. 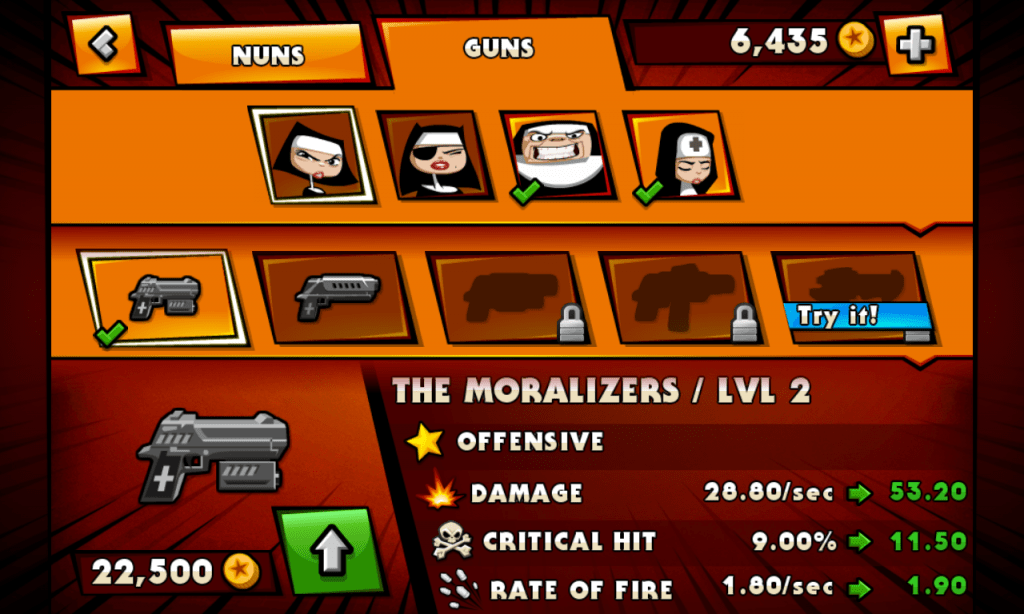 Weapons, enemies, and environmental sounds are great as well. Not to forget about the background music, which could’ve been from a Quentin Tarantino movie. I wish it were available as a download somewhere. Hear me, Frima Studios? :D But what definitely is the most outstanding feature of sound is the often hilarious dialogues between the sisters. I would even go so far as to say these dialogues alone are totally worth the $1.99 you have to pay for the game.

While many of you won’t consider $1.99 a no-brainer, I highly recommend you spend it for Nun Attack. I doubt you will regret it. Unfortunately, there’s no trial, but you may want to check out this 20-minute long official trailer video on Youtube to get an idea of what I love about this game: 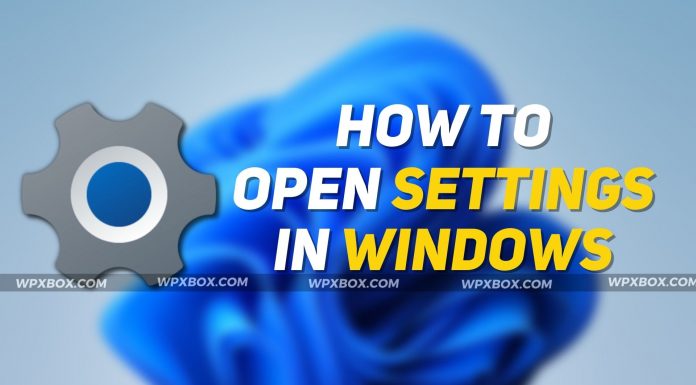 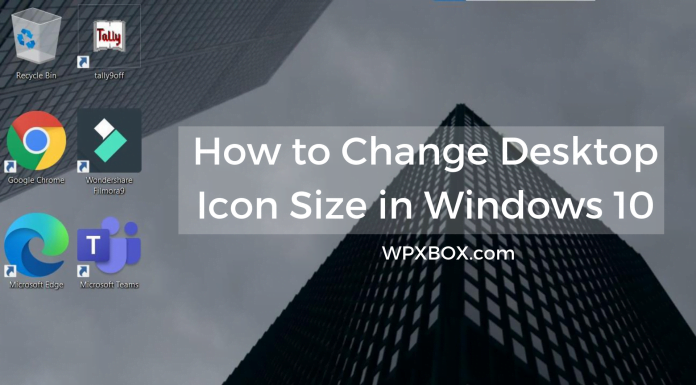 How to Change Desktop Icon Size in Windows 10