Today, Microsoft has officially announced the availability of pre-order Windows 10 PC games from the Windows Store which fall into the category of Play Anywhere which was announced during E3. The Xbox One games that are available for Windows 10 PC are ReCore, Forza Horizon 3, and Gears of War 4, and there are more to come. 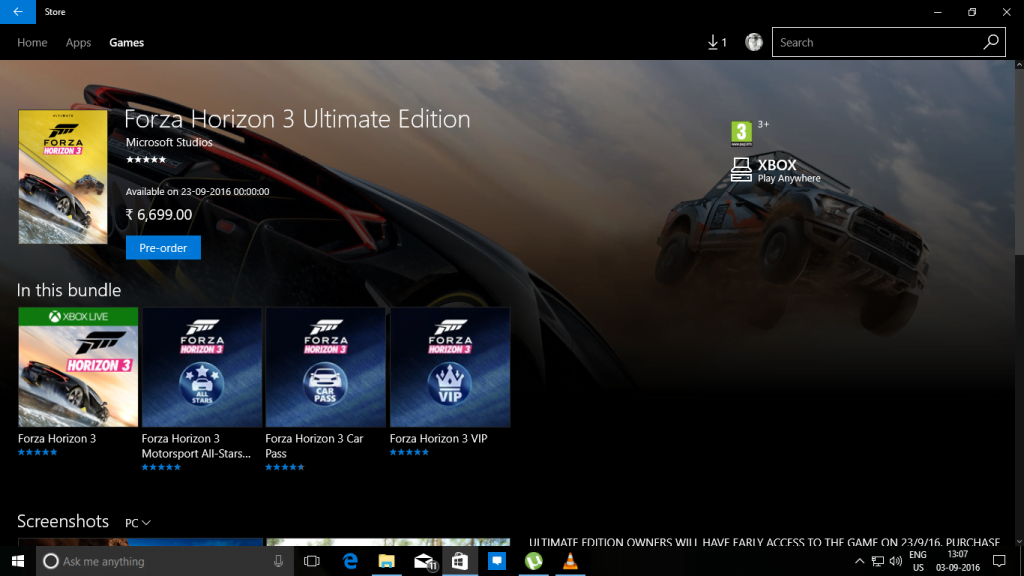 Applicable for all Digital Games, Microsoft’s ultimate goal is to bring PC gamers, and Xbox One games on the same platform thus increasing the number of players and combining the most popular gaming segment with their Games. The game also offers pause and pick back up where you left off on Xbox One or Windows 10 PC. So yes, you aren’t buying the games separately. It also brings all your saves, game add-ons, and achievements with you.  Below is the list of games available as of today supporting Play Anywhere.

Now here is one catch. Before you actually pre-order, it is best to see what Xbox Store offers for these games. It is possible that you might be getting something more on Xbox One or Windows 10 PC, and hence make your choice from where to buy these games.

How to Change Display Refresh Rate in Windows 11/10