In 2012 Gameloft released the already aging game Asphalt 5 for Windows Phone. Priced at $2.99 and having rather outdated graphics it didn’t really impress anyone. Almost half a year later its successor Asphalt 7: Heat hit the store and really made amends for the horrid experience that Asphalt 5 was. Breathtaking graphics, great controls, dozens of different cars to choose from, customization options and and and..

Let’s dive into some details.. 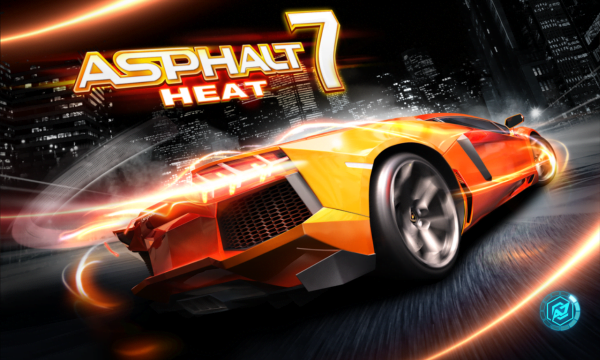 Well, Asphalt 7 is an arcade style racing game, so you shouldn’t expect it to be too realistic. Unlike Need for Speed it lacks a story. But let’s be honest here, who needs a story in a racing game anyways? We want to literally inhale the smell of gasoline, don’t we? Seriously, if there’s one genre of games that works fine without having a plot or a reason to do what you do, it’s racing games.

So instead of watching cutscenes over cutscenes, you directly jump into the action by choosing one of the available modes from the startscreen:

Quick race is exactly what you’d expect from it: pick a car, choose a track, decide which kind of race you want to take part in and let it rip. Note that you can only choose from cars and tracks that you have previously unlocked in career mode. Furthermore you need to already own the cars you want to drive. Cars you don’t own can be rented for a single race though. Renting as well as purchasing cars requires ingame currency, which can be earned by winning events in both, career and quick races. If you’re too impatient, you can also spend real cash and purchase in-game currency packages.

The career mode consists of 13 cups, each offering a different number of events. In order to proceed from cup to cup, you need to finish events with at least one out of three stars. These stars unlock the next cups, cars (which you can then purchase and add to your garage) and upgrades for your cars. You can however also purchase stars for real money. This is not a requirement though, it only lets you move on faster. Multiplayer is where the real fun starts. You can play the game either on your local WiFi against other Windows Phone users or – and this is the real cool part – challenge random opponents or friends over the internet. Unlike Modern Combat 4 Asphalt 7 does not support your Xbox Live friends’ list. It works with Gameloft Live, which basically means you’ll have to setup an account there from within the game and add your friends there. It’s not much of an issue and works very well, so I wouldn’t consider it a deal breaker, even though the integration of Xbox Live would’ve certainly be something I had preferred.

Setting up a multiplayer game is pretty much the same like starting a quick race. Pick a car, choose a track and device which kind of race you want to drive.

Events don’t focus on regular “beat your opponents” races, but range from “destroy XX opponents before time runs out”, “beat the time without damaging your ride” to “drift XX miles before time runs out” and others. So there’s no chance you get bored quickly. You’ll always feel like accepting the next challenge, just to earn that little bit of money and stars you need to unlock your next desired vehicle or upgrade.

Simply put: you won’t find any other racing game with better visuals than this one. At least not now. All tracks provide a very nice amount of detail, look very crisp and are buttery smooth. The more than 60 cars aren’t less detailed. Especially when you customize the hell out of them with all kinds of decals, rims and what not. During races you will sometimes even catch yourself not even noticing you’re playing on a mobile device.

The soundtrack isn’t too shabby either. It becomes a little repetitive after a while and since the sound effects are pretty nice you might just want to turn the music off. 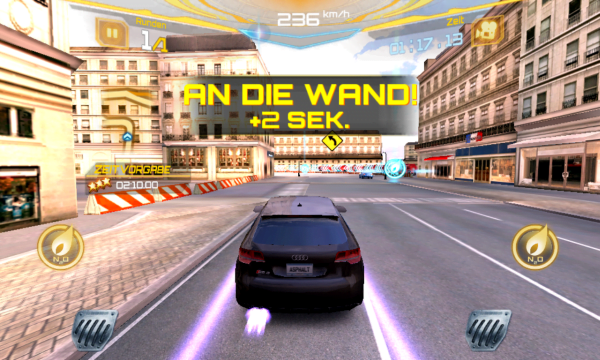 This is a crucial part for any fast paced game, Asphalt 7 isn’t any different. Fortunately the game offers you several methods to control your rides. I for one don’t like tilt controls as they always tend to be less precise than required for a game like this. So I’m glad I got to choose tap controls, which work surprisingly accurate. Whatever method you prefer, Asphalt 7 has you covered.

If you’re into some driving action on the go, fasten your seatbelts and get this heck of a deal for just $0.99 from here or by scanning the QR code below. 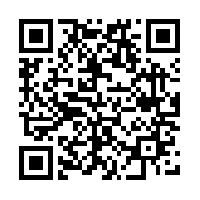 If you’re at least a bit into multiplayer, you won’t ever delete this game from your device. If you’re only interested in the career mode though, subtract one point from the motivation rating. How to change automatic Windows Update to manual in Windows 10

How to Create and Restore using System Restore in Windows 10