You may already have heard of Soulcraft before. It’s available for Android, iOS and even Windows 8. A couple of weeks ago it finally hit the Windows Phone store too. If you’re not familiar with it, Soulcraft is an action RPG that’s focusing on some of the same ingredients that made Diablo such a popular game: catching the player’s attention with items that boost his character into yet better dimensions and grinding, grinding, grinding.

While this worked very well in Diablo due to its great story and the way it was told, you might find Soulcraft becoming a little repetitive over time. And yes, that’s true, but it doesn’t necessarily mean it’s not entertaining. Seeing it as a mobile game – even though it’s available for Windows 8 as well – the way it is build enables players to pick it up for just a couple of minutes and put it down again. This makes it a perfect game for on-the-go situations like waiting for the bus or whenever you have just a couple of minutes to pass. 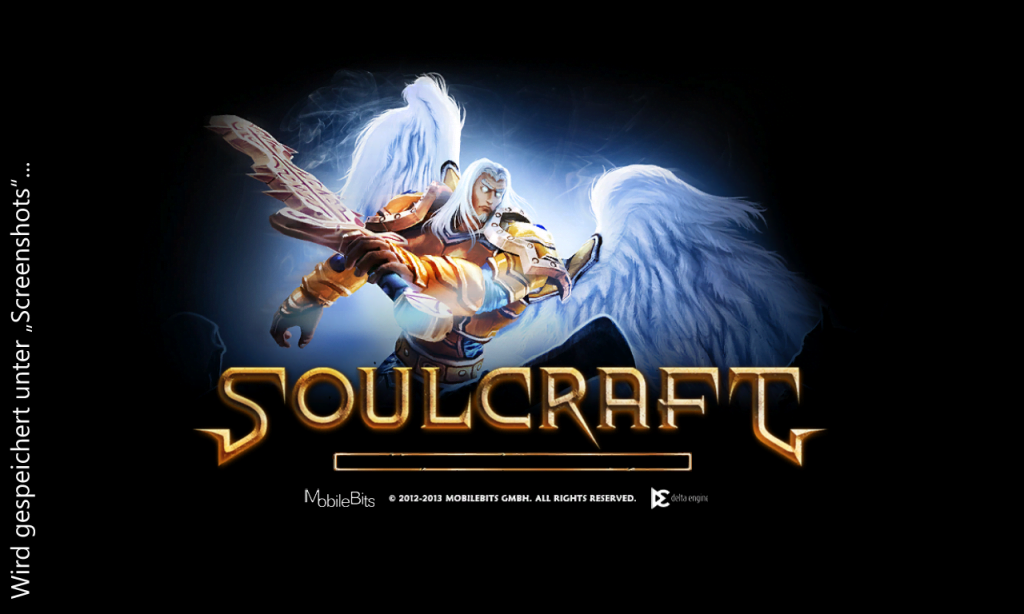 Let me get to the most annoying part of the game right out the door: in app purchases. While Soulcraft is free for Windows 8, it sells for $1.49 in the Windows Phone Store. That’s actually still not much for a high quality game, but it made me wonder why it’s free on one platform and paid on another, when the game itself is exactly the same. Back to IAPs. Being an old school action RPG, the game relies heavily on your character’s equipment. With bad equipment, some levels become hard as hell. And that’s the very point: there are two in-game currencies, gold and souls.

Gold is very very rare, and most better items are rather costly and cannot be purchased using souls. So either you grind single stages for days or you purchase gold for cash. I understand that a continued development needs to be paid for, but it shouldn’t be like this. Nevertheless, there are good items available for souls too, of which you gather by far more during the game than you get gold. What I highly recommend is becoming a gold member which gives you certain bonuses like finding more gold, get more XP and souls. All you need to do is purchase a single gold package,  the cheapest of which is $1.99.

Even though I wouldn’t consider the graphics to be state of the art, they are still very well done. But after playing the game for a couple of hours you will notice that there are only a few sets of maps consists of. Seeing that the game is constantly improved and updated, that doesn’t bother me much, to be honest. Soulcraft’s developers MobileBits have added quite a lot of new maps in the past months, so I’m convinced they’ll add a couple of new graphic sets any time soon. Anyways, there’s a lot more than just environment. There are dozens of different enemies and bosses. Each and every one of them looking really great. Character animations are very well done too and so are the effects you’ll get to see during battles. There is quite some blood involved, so this game may not be appropriate for kids younger than 12. 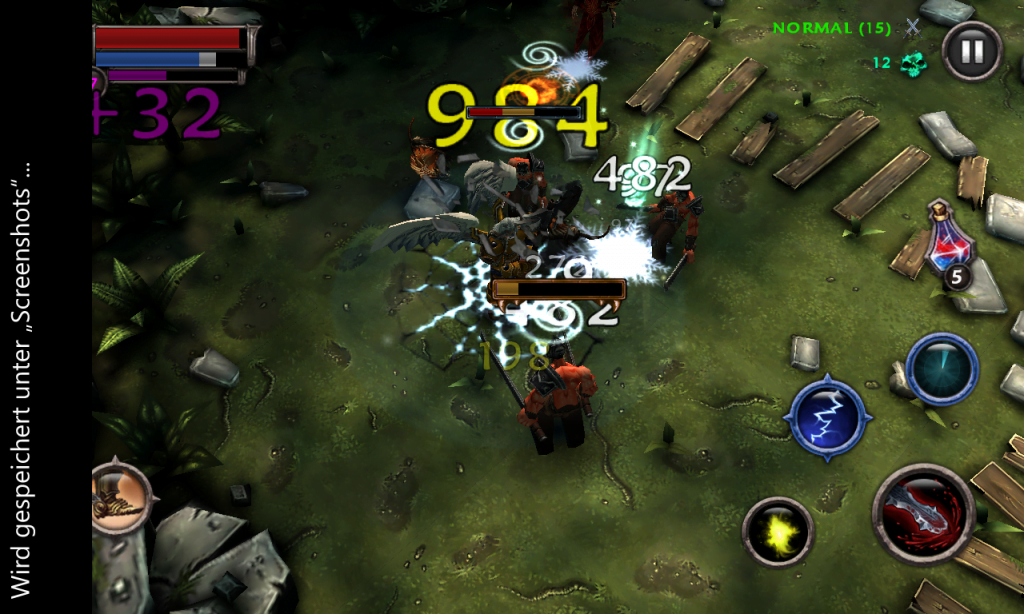 Music and sound effects add up perfectly and enhance the atmosphere a lot. It’s really great fun slashing through hordes of enemies while having an orchestral soundtrack playing in the background.

What you will notice is that during loading screen the music starts to stutter. This does not happen while playing though.

You move your character with a virtual d-pad on the lower left of the screen, while 4 buttons on the right are used to perform actions. On top of these buttons is a quick link that lets you consume a healing potion. Something you will make plenty of use of, especially in later stages of the game. Fortunately there’s no need to keep tapping the attack button in order to unleash the power of your weapon. Simply tap and hold said button and watch your character slice his way through the demonic forces of evil.

The virtual d-pad works very precisely, so do the action buttons. The icons used in the menus though are a little too tiny for people with larger hands. I, for one, need a couple of taps in order dig through the various menu screens.

Very much like Diablo and other action orientated RPGs, Soulcraft derives its motivation from constantly improving your character through better equipment and acquiring newer, better skills. As there’s no open world or a noteworthy storyline to care about, you can jump right in for a stage or two, whenever you have a couple of spare minutes left. If your character is too weak to proceed in the campaign, you can always choose to play single stages, where you can pick from various difficulty levels. The higher the difficulty, the more XP, souls, and sometimes gold you’ll be rewarded in return. 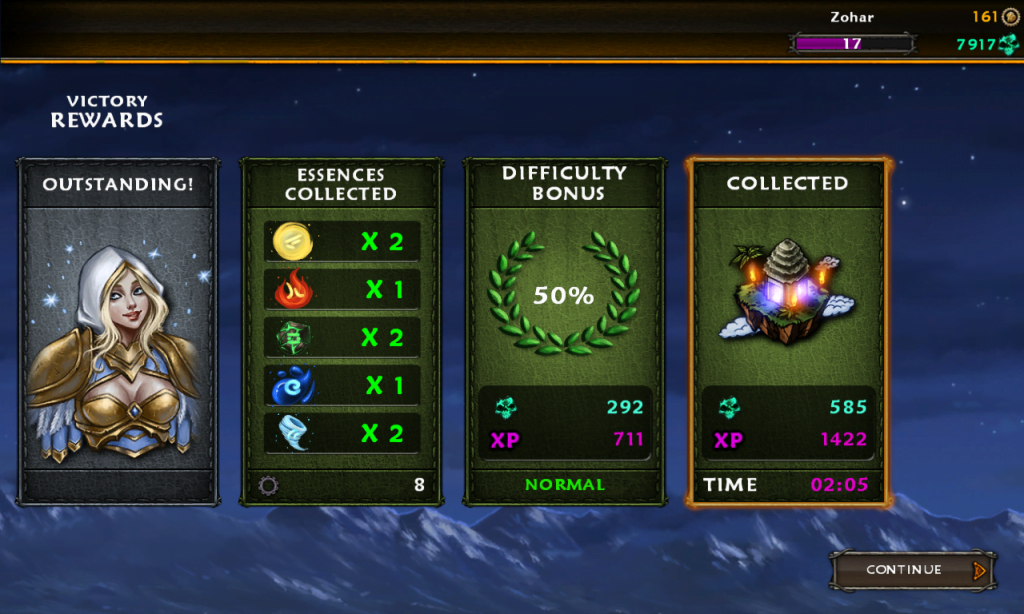 What in my opinion makes for a really great experience is the fact that you can play across all platforms with your account. Say you were playing on your Windows 8 PC and needed to get going, you can then pick up the same game directly on your Windows Phone (or iOS or Android device for that matter). Keep in mind that Soulcraft is free for Windows 8. And since your account is completely synchronized, everything you may have ever purchased for real money will be available in-game, no matter where you play it on.

I won’t lie to you, Soulcraft becomes repetitive after a few couple of hours, but it still knows how to keeps players coming back and trying to further improve their alter ego. It’s definitely a great game to pass some spare time with and I for one found myself playing it on a very frequent basis. Check it out folks. 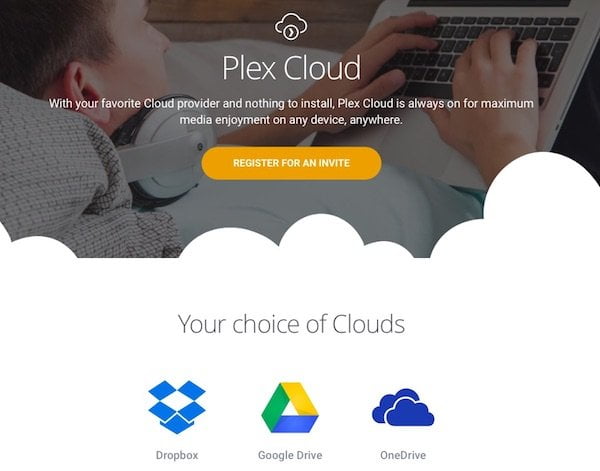 How to use SHAREit ConnectPC Feature in Windows 10