Though not formally announced at the time of this article, recent leaks have revealed the existence of the previously unknown Xbox Series S. Without any official information, we can only make predictions on what this Series S relates to, but given the history of Xbox, the chances are good that it falls within established patterns. So what is the Series S, and what implications could its discovery have within the greater established and announced Xbox infrastructure?

The most likely answer to what the Series S could be is a simple, cheaper alternative to the known Series X. This would fit entirely within the existing brand, as illustrated by the Xbox One. With the Xbox One line of consoles, the One X refers to the most powerful and expensive model ($499), whereas the One S is the name given to the cheaper ($299) and less capable alternative.

The leak of this information comes from Twitter user Zak S, who was able to purchase a Series S controller, which broke the console launch date. This controller appears consistent with established next-gen Xbox controller design and, more prominently, requires AA batteries rather than relying on an inbuilt rechargeable solution. As internal rechargeable batteries are generally more expensive than third-party AA alternatives, this would be consistent with the concept of a cheaper overall design.

A Future Focus on Choice

The idea of offering different versions of consoles is not a new one, with famed examples found in Sega’s Master System and Genesis releases, though, the current-gen is one where the feature really evolved. Formerly different console versions offered only smaller improvements, most notably in terms of console reliability and developer advantages. In the eighth generation with the PS4 and Xbox One, these changes became far more pronounced.

Today, the different systems contain hardware of significantly varying levels of power. For example, the base Xbox One is weaker than the base PS4. The Xbox One X, on the other hand, is by far the most powerful console released to date. This does more than offer potential buyers a way to match their budget and desires; however, as the implications for greater gaming infrastructure are immense and far from being fully explored.

Essentially, the addition of multiple console systems changes what was once a strictly defined system into an entire platform. Rather than buying the one and only particular route into a system, you now purchase access to an entire environment with many variable attributes.

Avenues like this have existed for years, with other industries showing how efficacious the model can be. LegalBetting’s listing of online casinos in the USA is a prime example in this regard. The games like baccarat and slots, as listed on this site, aren’t bound to specific devices like anyone PC or mobile, giving immense flexibility in how players wish to interact.

Similar developments can be found in the new mobile gaming market, where apps can now be bought both on phones and on the Windows app store. Even the console to PC experience itself has precedence, albeit on a limited level. The game streaming service Project xCloud is a strong demonstration of such a jump, allowing former console exclusive Xbox games to be played non-natively on many sufficiently fast internet capable devices.

Looking at Microsoft’s performance with the Xbox so far, it seems likely they are attempting to consolidate a similar approach. This isn’t entirely the purview of different console systems either, as their multiplatform service to the Windows 10 OS indicates an established pattern. As noted by Microsoft with their Play Anywhere service, players who purchase select games on Xbox are given free copies on PC, and vice-versa. 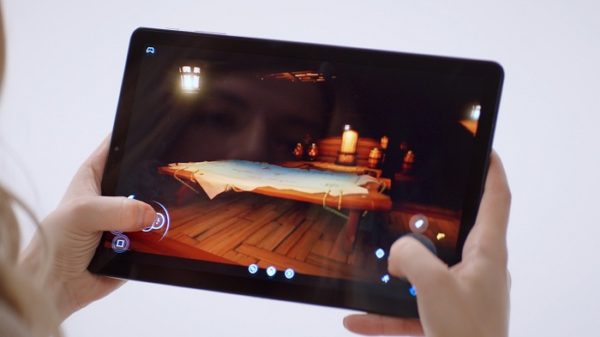 A-Line in the Sand

At this point, the more open nature of the next-generation Xbox seems all but guaranteed, the only question is how far it could go. At a base level, more choice is fantastic for consumers, but these ideas could introduce confounding problems into the Xbox brand.

What happens to a console with no exclusives? What happens if the gap between the consoles grows to the point where a game experience on the cheapest system can’t hold up? How about the profit missed from players who used to buy games on PCs and console simultaneously?

While we’ve no doubt these are all issues that Microsoft has weighed and considered carefully, it does leave those of us on the outside wondering. At least with a newly announced November launch date for the Series X, we won’t have to wait long to start finding answers.

How to Setup Kids Mode in Microsoft Edge