The last feature update we noticed how Cortana changed and was moving away from being a core feature of Windows 10. Finally, with Windows 10 v2004 May 2020 Feature Update, Cortana is now a standalone app. It has drastically changed, and a lot of features that worked with the previous version is not there anymore. In this post, we are once again updating Features of Cortana with Windows 10 2004 Feature update.

Features of Cortana in Windows 10

The good news is that Cortana still handles voice commands, set events and reminders, launch apps, and more. However, it is not integrated with Windows 10 Search anymore., and whatever was left with Windows 10 November. Let’s take a look at the list of features of Cortana 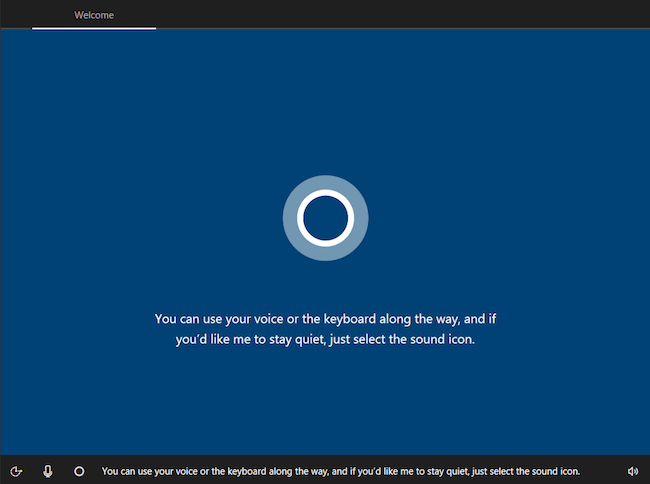 This feature is the new out-of-box-experience (OOBE). It authorizes Cortana to assist in setting up your computer for the first time.

Starting with the Creators Update, setting up a new device has never been easier as Cortana will be there to guide you every step, even with voice commands.

In this new experience, Cortana will clarify each progression and ask you just “yes” or “no” inquiries to choose the correct alternative on each screen. In case you’re not precisely beyond any doubt about something, you can use ordinary dialect to ask Cortana any question. It will enable people to appreciate the upsides of present-day innovation adequately. Non-techy people will discover this part exceptionally strong and straightforward to take over.

When you click on the Cortana icon in the Taskbar, it launches as a separate app. You can resize it, go full screen, and interact with it using voice or type your query. Just above the search box, it reveals a few of the things it can do. Here is the list of skill sets of Cortana in Windows 10

There are a lot of things Cortana can do, and I don’t see any documentation yet, but you can always ask Cortana to get a new tip.

3. Control Device by Your Speech

Cortana can listen to voice commands, and you can invoke with the Wake word. What I liked is that when you wake Cortana, it doesn’t pop-up an annoying screen. Instead, it opens a subtle low profile window with soundwave to signify that it is listening. There is no need to say Hey Cortana,  all you need to say now is Cortana Open Paint or Cortana Find Email from Microsoft Family and so on. You can also invoke Cortana in type mode or voice mode using keyboard shortcut Win + C.

Both of these settings can be changed from the Cortana Menu > Settings. You can also choose to clear all queries and access privacy settings from the Microsoft dashboard.

Cortana had a similar feature earlier, which was removed. It looks like it is coming back as Suggested Tasks. I am guessing Cortana will be able to check your emails, find tasks, and suggest you here. I still don’t see any entry in mine and will update when I see it. To access suggested tasks

I tried adding some tasks todo list in Cortana, but it did not work. 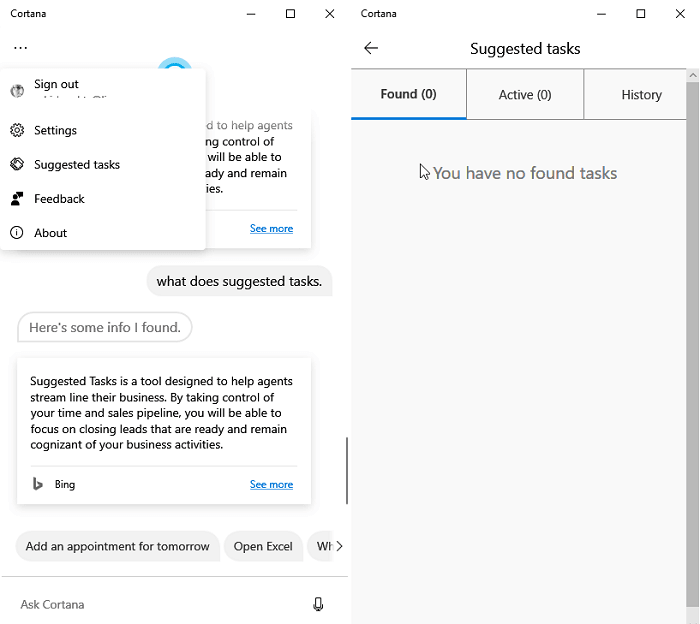 These are some of the new features in Cortana, and I will keep updating them as we find new features. Make sure to bookmark this page and stay updated. 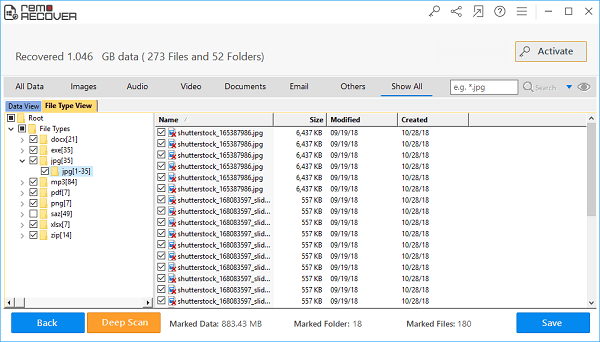