We are quite sure that most of our viewers who use the Windows 10 operating system in their devices such as desktop or mobile have received the Anniversary Update. The new update has come up with lots of exciting features, but many users have also reported some annoying issues since the upgrade. Windows 10 Anniversary Update also puts restrictions on the disabling of Cortana as Microsoft wants to push it for the users, but those who never use it, want to get rid of it.

Few users have complained about the change of appearance in terms of adding more recommended apps on the Start Menu and pinning more icons on the Taskbar. Here in this article we will inform you about the issues that occur after the anniversary update in Windows 10 devices and how to resolve them in a few easy steps.

Cortana is the intelligent personal assistant integrated into Windows 10 but after the Anniversary Update there is a possibility that you may not find it. If it happens to you then you can go to the registry and patch it up. Registry is the hierarchical database of the computer so we advise our viewers to handle it carefully.

Registry will open up and you need to Follow the key path given below.

Officially Microsoft doesn’t allow users to disable the intelligent personal assistant Cortana from Windows 10 operating system after the Anniversary Update. However, there is a registry fix available for Windows 10 Home users to take it off and is not too complicated.

You may not find the Windows Search folder under Windows so you need to, 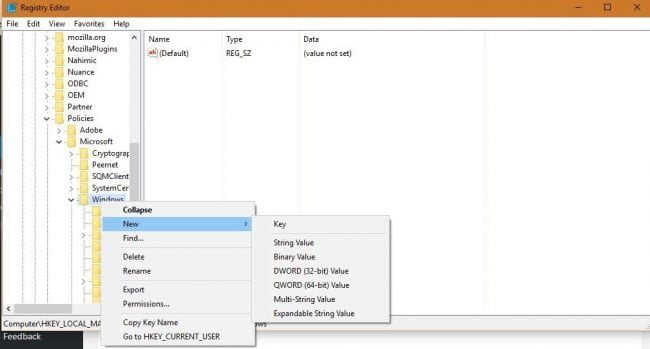 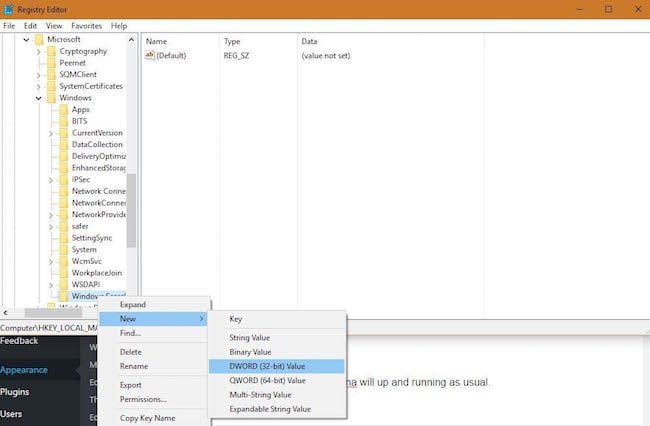 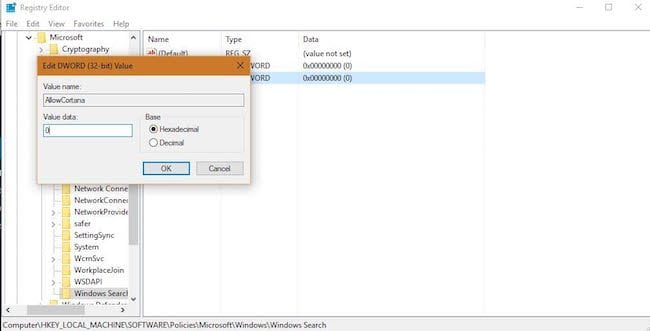 There is a fix available for Windows 10 Pro users as well.

We don’t use wrist watches to check the time any more. Most of us are habituated of seeing time through the computer clock which is located on the bottom-right corner of the Taskbar.  After the Anniversary Update few users of Windows 10 pro have reported an issue that the clock turns black and becomes hard to read. This problem can be fixed by the Group Policy editor.

Restart the computer and change will take effect automatically.

After the Windows 10 Anniversary Update few of your default apps may get reset with the recommended programs of Microsoft. In order to get the previous situation back you can go to Settings>System>Default Apps and change the order once again. 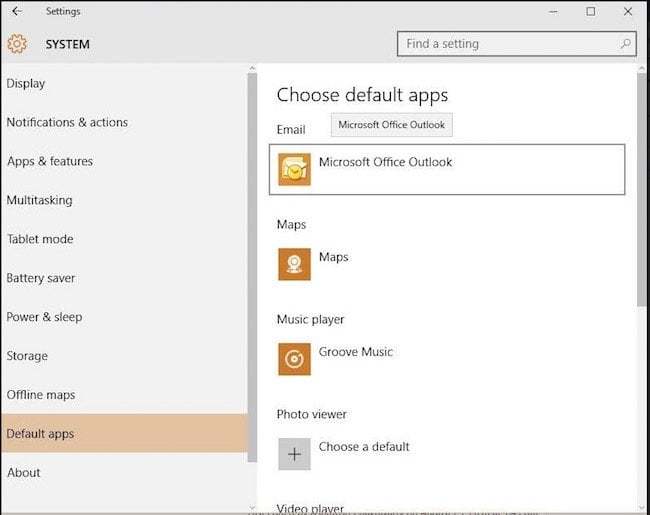 Few people find the lock screen unnecessary and always try to find the ways to remove it. Prior to the Anniversary it was possible through the Group Policy but now Microsoft has taken off the feature to disable the lock screen from it. However, Windows 10 Pro users can still incapacitate the lock screen by following the steps given below.

Your lock screen will be disabled after this.

6. Extra Ads on the Start Menu

Windows 10 includes ‘Smart Suggestion’ which appears above the File explorer on the Start menu and shows suggested apps based on app history and usage, but apps that appear over there are advertisements and belong to the store. After the Anniversary you may find many unwanted app suggestions on the start menu as the update almost doubles their quantity. 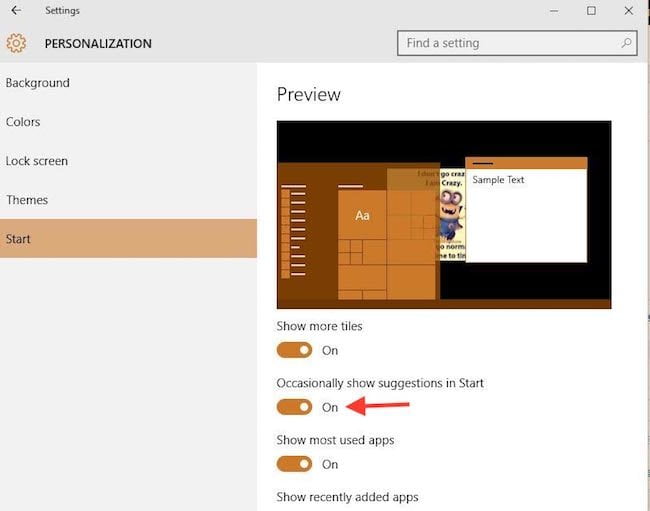 Well! this error occurs during the Anniversary update and after it. Few applications like a 3rd party security software can block the system from receiving updates. If you see this message, then immediately Disable your Antivirus Suite and try again. If the error reoccurs then you need to uninstall the application and after the upgrade reinstall it back.

This is one of the prominent issues of Anniversary Update, at times it doesn’t display the partitions on hard drive accurately. We advise our viewers to back up their data before performing the update as it may fail to detect the drive later.

You can download EaseUS Partition Master which is a free tool to recover the data. All you need to do is just right click on the drive which appears as unallocated and run the partition recovery options to make it usable with this tool.

This error appears during the Windows 10 Anniversary Update and there are two ways to fix it.

If this option doesn’t solve the problem then

New shortcuts Pinned to the Taskbar

After installing the Windows 10 Anniversary Update you may find some new apps re-pinned to the taskbar, such as File Explorer, Microsoft Edge and the Windows Store. May be they want to push the enhanced Microsoft Edge which now includes the facility to add extensions from Google Chrome but still if you don’t want to use it or occupy the space on the taskbar then just right click on the icon and select un-pin from the taskbar.

You may also find a new quill pen icon which represents an improved Windows Ink feature, if you don’t want it to be appeared on the taskbar, then just right click on the empty space of it and uncheck Show Windows Ink Workspace option.

The free upgrade to Windows 10 is not available any more and new computers will come with the Anniversary Update but those who are using a genuine version of Windows 10 in their existing devices and have not received the latest Anniversary Update yet should update the drivers and create a backup of their data to be on a safer side and avoid unwanted problems. You can share more details so that we can come up with the solution in near future. 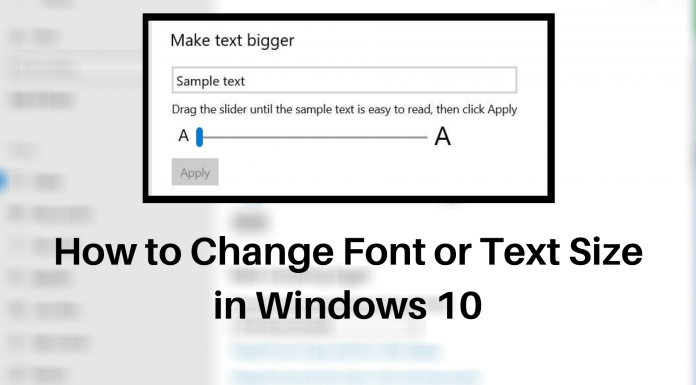