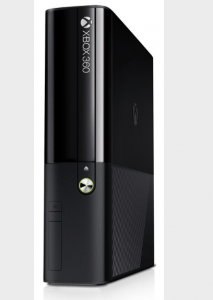 To all my excitement this is big let down. While I was expecting to pre-order Xbox One right away yesterday but could not because of country restriction, WSJ now reports that Xbox One is not coming to Asian countries until late 2014 which is one year late compared to the US counterpart. This is terribly sad for all the Xbox Gamers who wanted to migrate to Xbox One from Xbox 360.

Describing it as a “staged approach” to marketing the new videogame console, Alan Bowman, Microsoft’s regional vice president for sales and marketing in Asia, said the company was working on ensuring a “great experience for customers” in the region, including offering localized content.

The countries in the list are Taiwan, Hong Kong, Singapore, South Korea and India where Microsoft is seeing a huge growth every year but looks like they are still not on the priority.

There could be many reasons why Microsoft is delaying the launch and it seems more on priority. As an example Xbox One TV feature will not work in India unless they partner with the distributors and since the market is different here, Microsoft is taking the staged rollout path. Also Kinect 2 is built for bigger living rooms which is not really big in any of the Asian countries.

That said it’s a great relief that Xbox just did not ditch Xbox 360 knowing the fact that these markets still have potential to sell Xbox well. That’s anyways true because after the announcement on restriction on game sharing, many of my friends in India are already disappointed.

So we will see lot of contents for Xbox 360 but this will slow down after the release. Let’s see how MS keeps up with that.

Via WSJ, Thanks Romit.

How to Change Display Refresh Rate in Windows 10