Are you wondering what the difference between NVMe vs SATA SSD is? Compared to other storage technologies, NVMe stands out. The performance disparities between NVMe vs SATA SSD are striking even at first glance. NVMe and SATA use different drivers and interfaces for data exchange and transfer. In contrast to SATA, NVMe uses AHCI drivers designed explicitly for SSDs with flash technology.

More importantly, NVMe utilizes PCIe slots to communicate between the storage interface and the system’s CPU for even greater efficiency and performance gains. It would be like comparing an F1 race to a super touring race if it were a sporting event.

Comparing these two types of solid-state drives, even though they are both speedy, reveals their differences. These differences should be considered when assessing your needs, wants, and requirements.

What Is a Solid-State Drive? 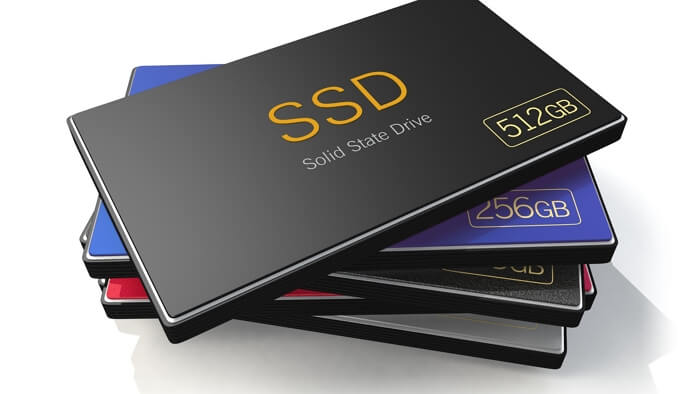 Solid-state drives, or SSDs, are a type of computer storage device. Solid-state flash memory is the persistent storage medium for this non-volatile storage medium. They have primarily taken the place of traditional hard disc drives (HDDs) in computers, and they accomplish the same basic tasks. SSDs, on the other hand, are light years ahead of their predecessors in terms of performance.

The operating system will boot up faster, programs will load more quickly, and files will be saved soon with an SSD.

Are you wondering what SATA vs SSD is? Some M.2 drives (which use a completely different physical connector; more on those drives below) route their data over the SATA bus (described in the SATA interface).

SATA has two-speed levels: SATA 2 and SATA 3. These are the ones you’ll see in any SSDs you consider. Assuming a PC with a SATA interface supporting the same standard is used, these values indicate the maximum data transfer rate achieved with the drive installed. SATA III/SATA 6Gbps is the current standard for SATA-bus drives.

What is NVMe SSD? 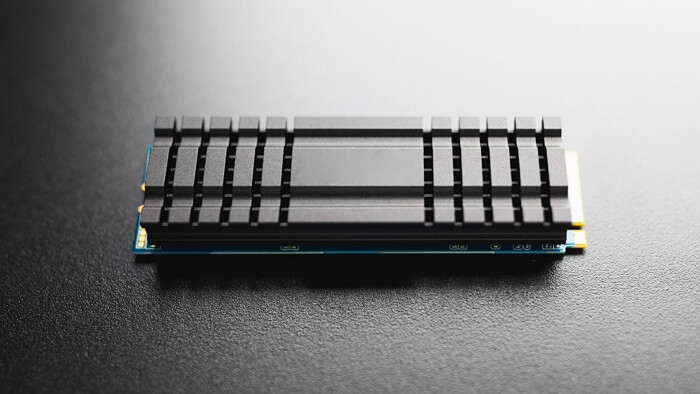 SSDs use the NVMe (Non-Volatile Memory Express) protocol, developed specifically for them (SSDs). SSD data is transferred using PCI Express (PCIe) and NVMe. Storage in computer SSDs can be accessed quickly thanks to NVMe, which improves older HDD-related interfaces such as SATA and SAS. NVMe technology provides excellent storage, speed, and compatibility.

Because of the addition of the NVMe-oF network protocol to Ethernet and Fibre Channel, storage and servers now have quicker and more efficient connectivity while at the same time using less CPU power on the servers hosting the applications.

Over TCP has recently arrived to provide a more powerful NVMe-oF technology, which promises high performance with lower deployment costs and reduced design complexity. Thus, NVMe over TCP makes it possible to use NVMe in any part of the data center by utilizing the fast and simple TCP/IP network. 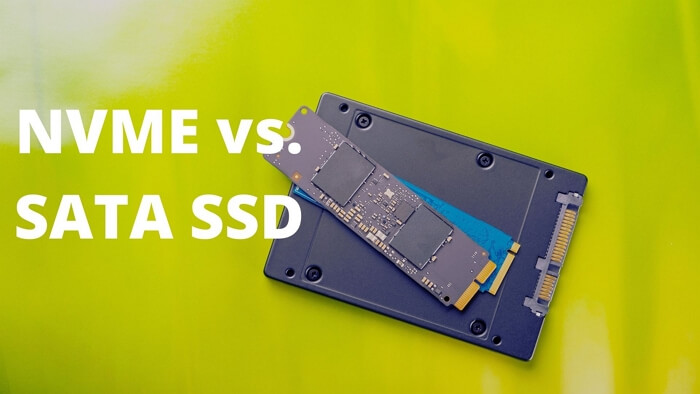 As a general rule, a SATA-interfaced SSD is a SATA-enabled SSD that connects to the motherboard via a SATA cable or PCIe card (M.2 comes under PCIe Interface).

In this context, an NVMe SSD refers to a logical interference M.2 SSD. NVMe uses the M.2 interface in conjunction with the SSD’s internal logical architecture to ensure the fastest possible data transfer. Now that you know what they are, let’s look at the differences between NVMe and SATA SSD.

SSD prices are highly variable and depend on various factors, including the device’s size and capacity. SATA drives with the exact configuration cost about four times as much as SSDs with capacities ranging from 120 GB to 2 TB. NVMe may be a better option for highly high-performance needs, but it’s more expensive than SSDs.

The write/read throughput of NVMe SSDs is much more than that of traditional SATA SSDs and hard drives so that you can tell the difference in performance. NVMe drives outperform SATA drives in terms of speed. The current generation of PCI Express, PCIe 3.0, has a maximum transfer rate of 985 megabytes per second (Mbps). A theoretical top speed of 3.9 Gbps for NVMe drives when using four PCIe lanes (3,940 Mbps).

In any form factor, NVMe communicates with the CPU directly and can be used with any primary operating system, regardless of platform. SSDs, on the other hand, are designed for a single device and cannot be used on multiple platforms.

When it comes to NVMe vs SATA SSD, we have to look at the performance. Direct access to the CPU’s lane “pool” is possible by NVMe. In most PCIe SSDs, four lanes are used for data transfer, allowing for scalable performance by using additional lanes for execution. More than 25 times as much data can be transferred through PCIe sockets than SATA.

NVMe can improve the responsiveness of any application that is currently hindered by its databases. Data sets can be stored on fewer servers and databases thanks to the increased performance of NVMe flash storage devices connected directly to application nodes or through low-overhead storage management platforms.

It is due to NVMe’s high IOPS performance, significantly reducing database scan times. As a result, NVMe can be used for various database functions, such as memory augmentation, temp storage, logging, data access, and in-memory deployment.

If you need low latency in critical applications like financial markets, healthcare, or video game servers, NVMe SSDs are the best option. Calculations can be made faster and better by reducing the time to read data.

For data processing and decision-making in AI and machine learning systems, field-programmable arrays, custom integrated circuits, and graphical processing units are commonly used. Such systems can be unblocked by NVMe devices connected end-to-end via NVMe because of their high bandwidth and low latency. Take a look at this high-performance NVMe SSD VPS. 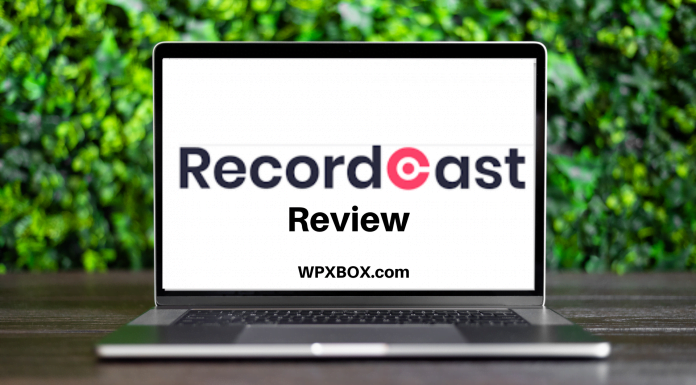